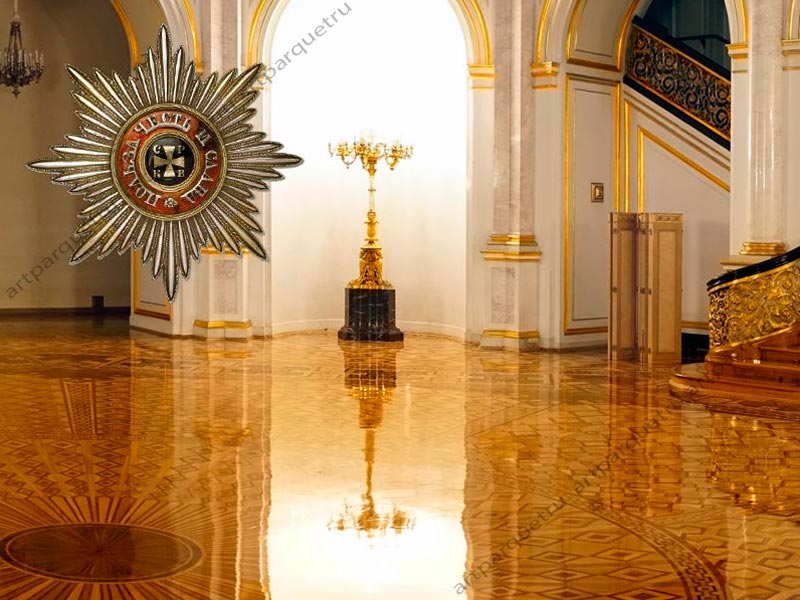 Vladimirsky hall is considered to be the main architectural element of the Grand Kremlin Palace. From this hall it is possible to get to the Georgievsky hall, the Faceted Chamber (15-16 cc.), Terem Palace (16-17 cc.) and other halls. This hall combines elements of three epochs: it is situated in the ancient part of the Palace and it connects new palace and medieval chambers, its peculiar point is the luxurious chandelier hanging off the ceiling. Parquet flooring is created according to Fyodor Solntsev's sketches. 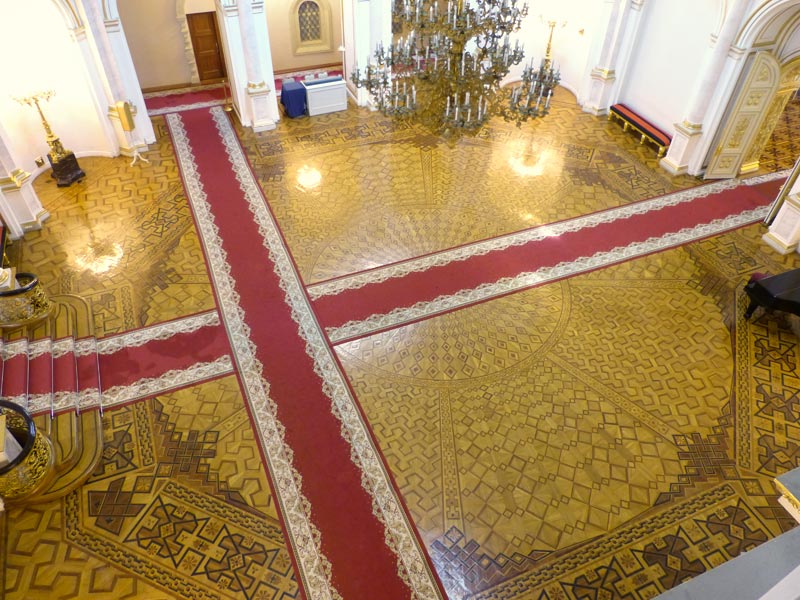 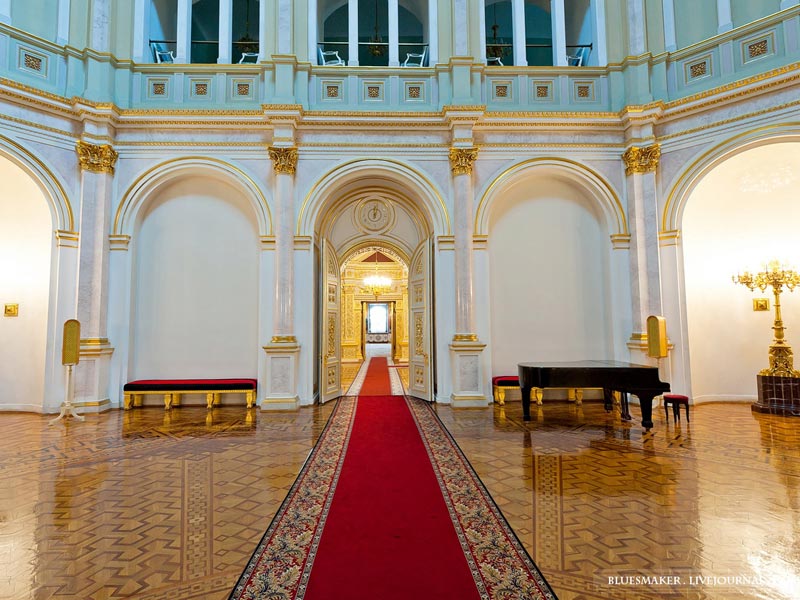 Archive photos of parquet repair in 1975. 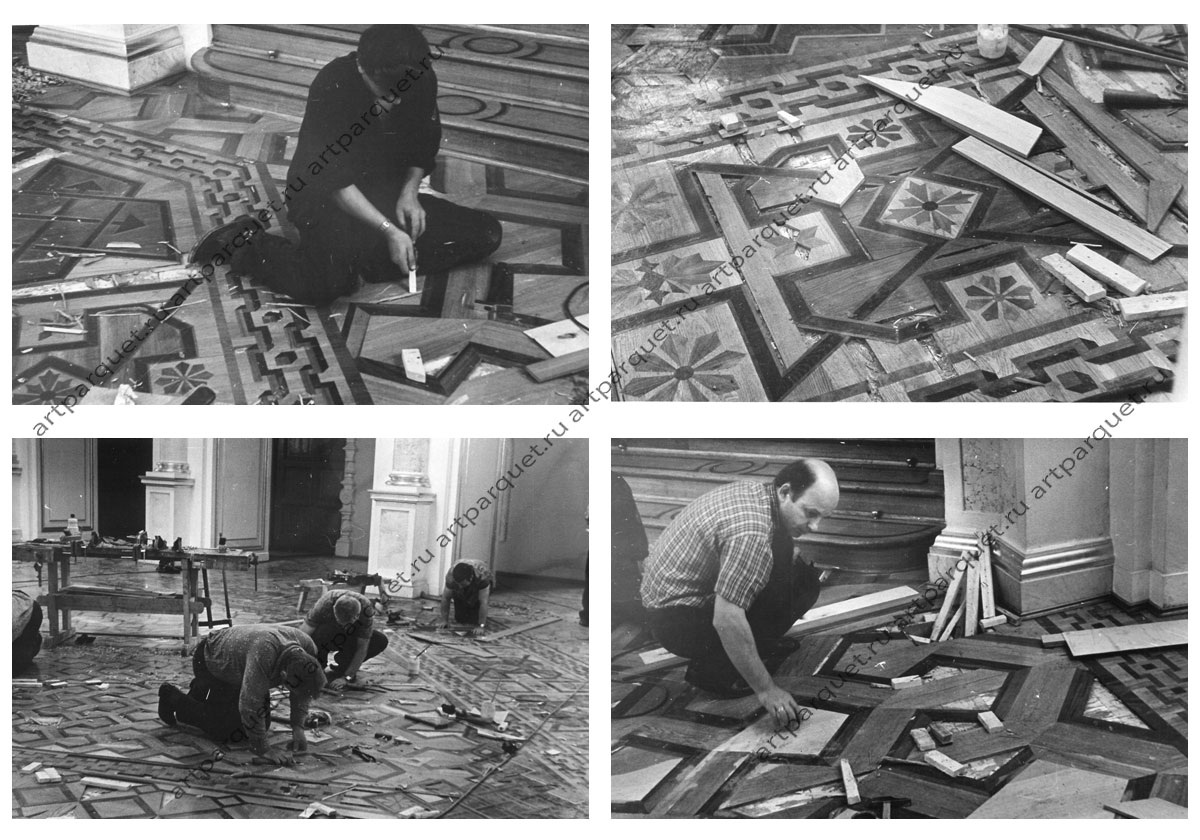 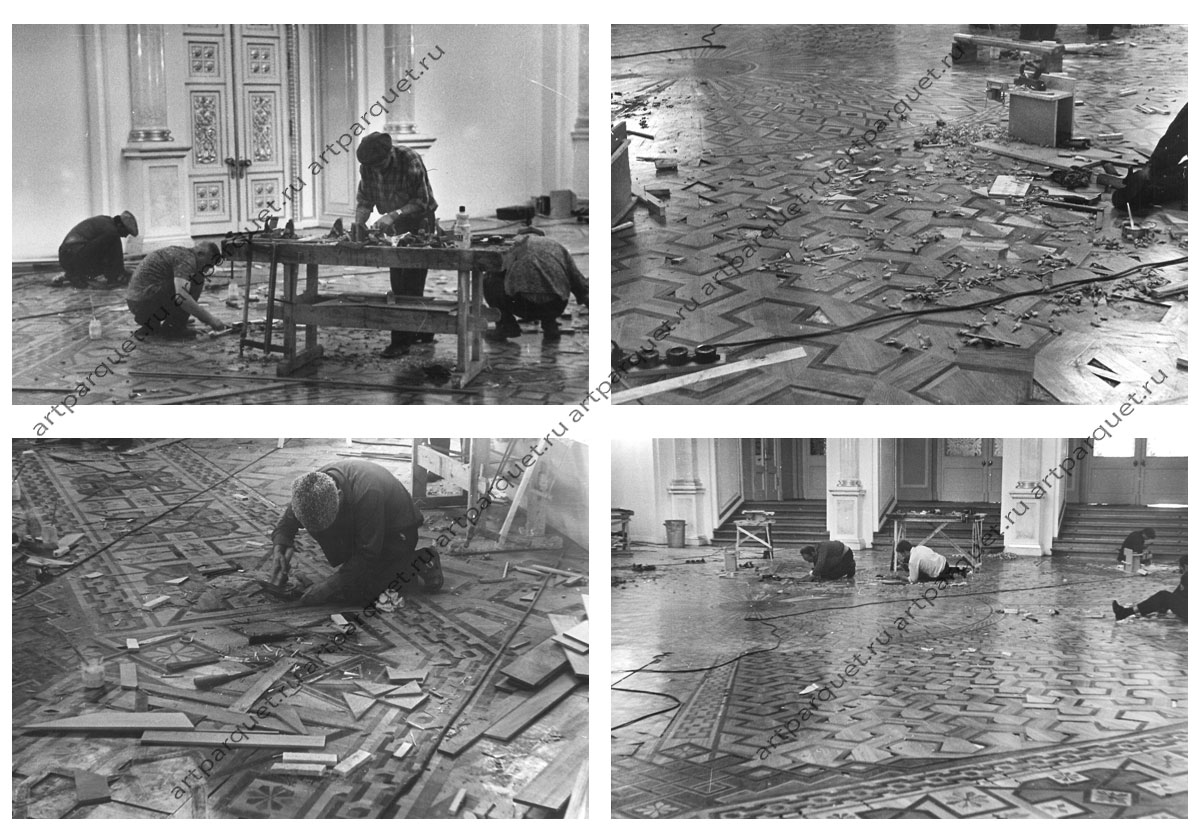 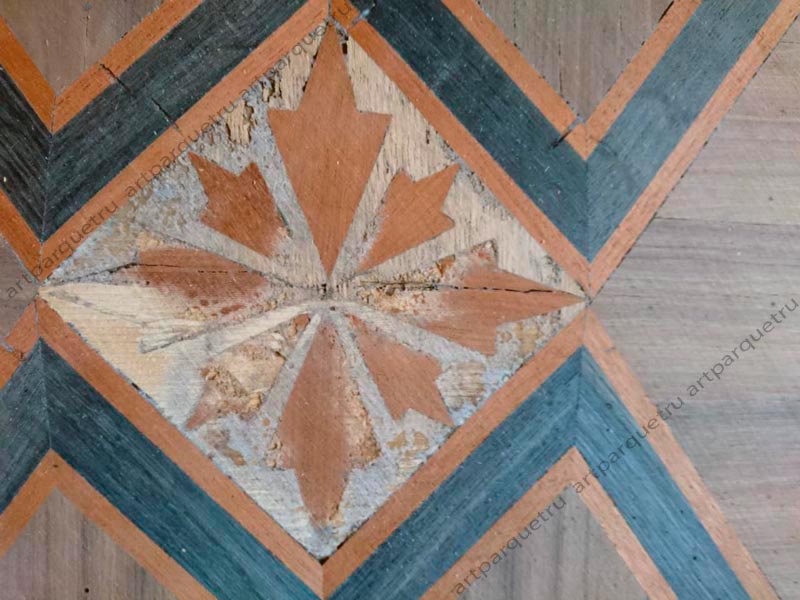 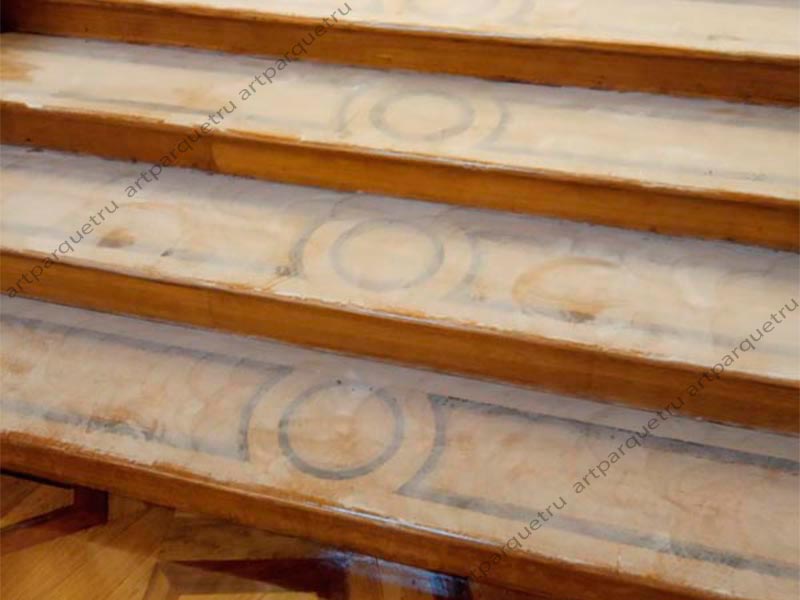 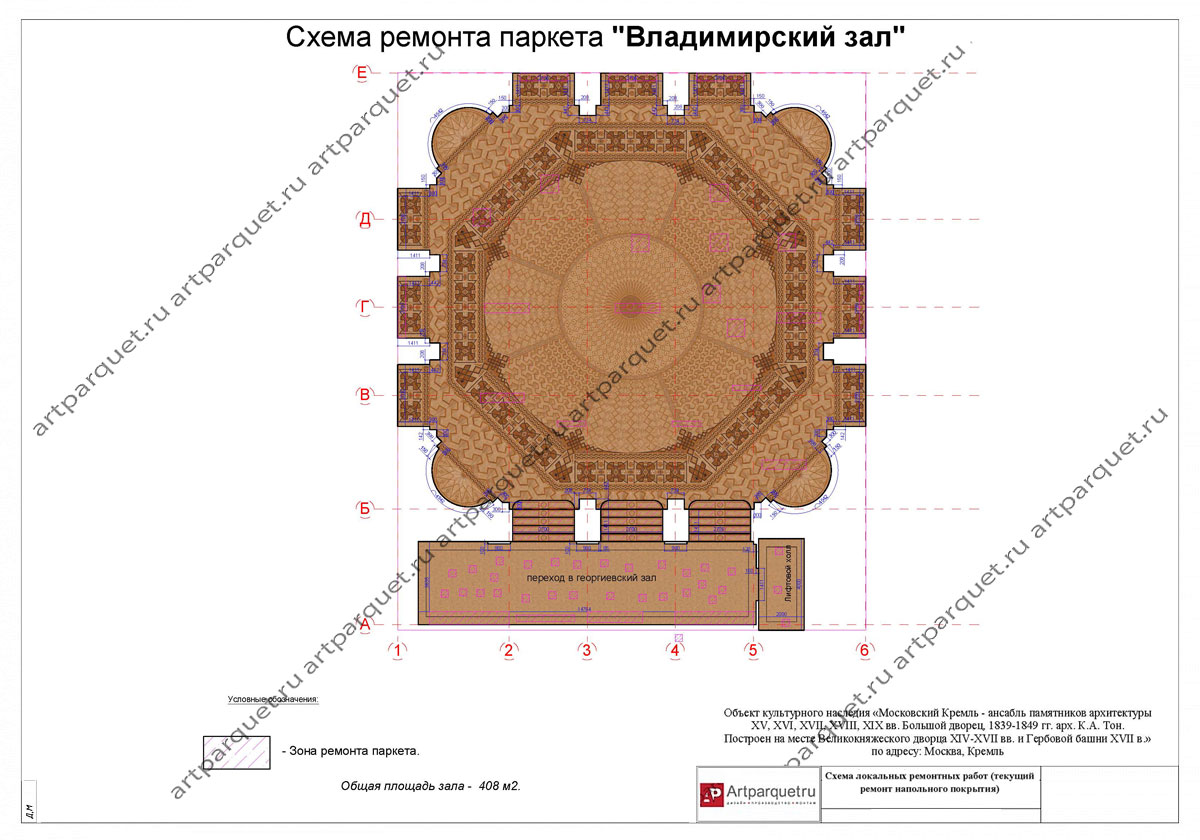 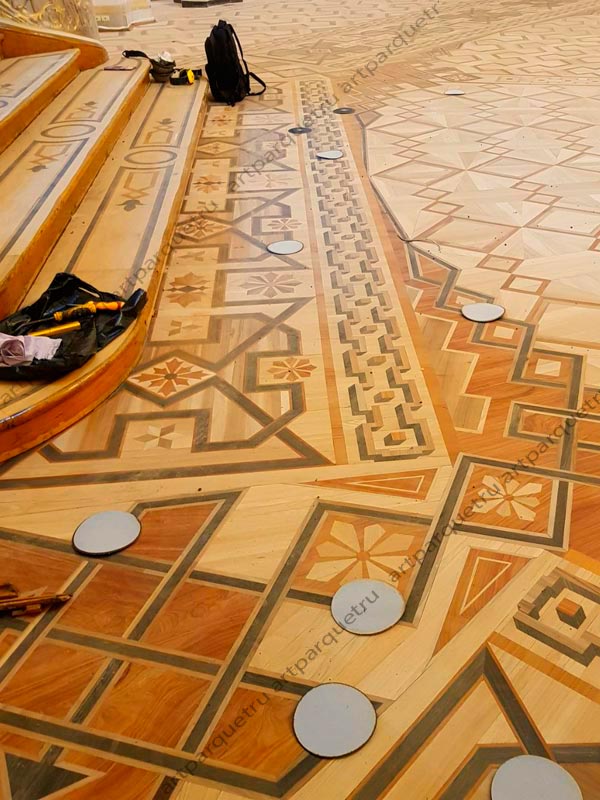 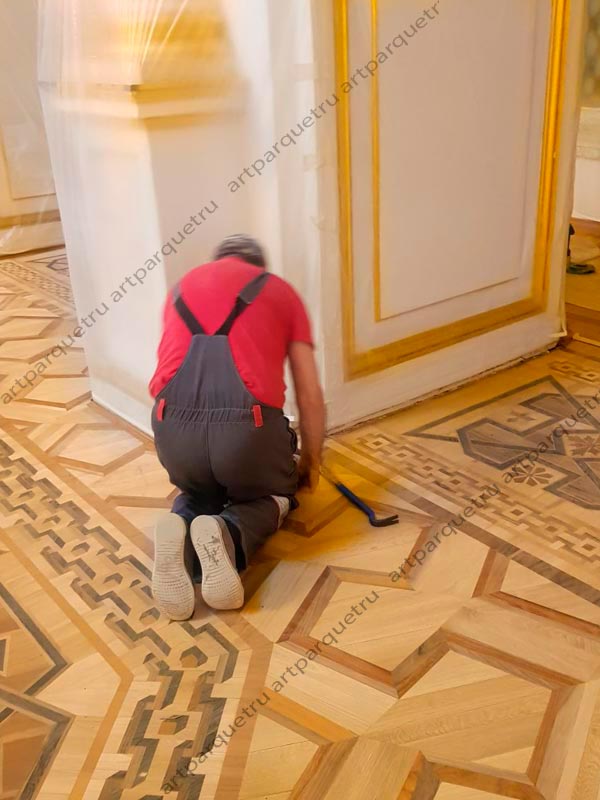 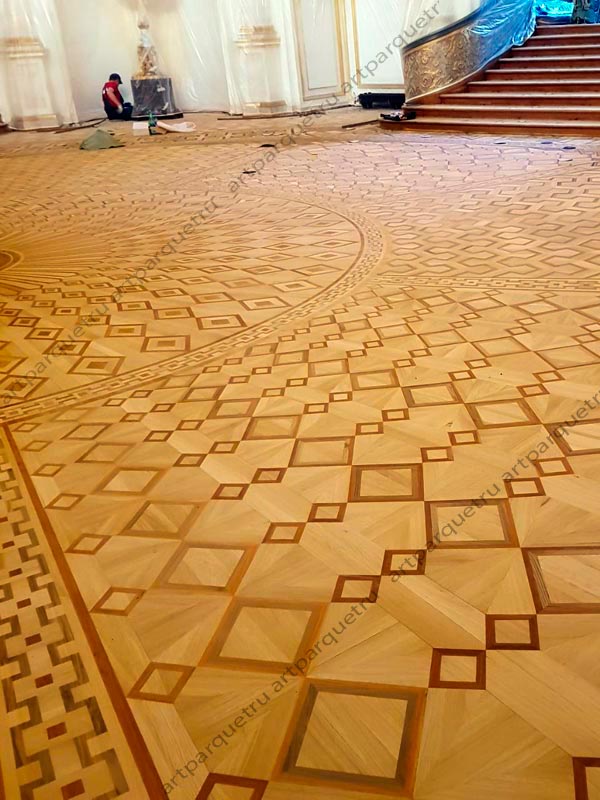 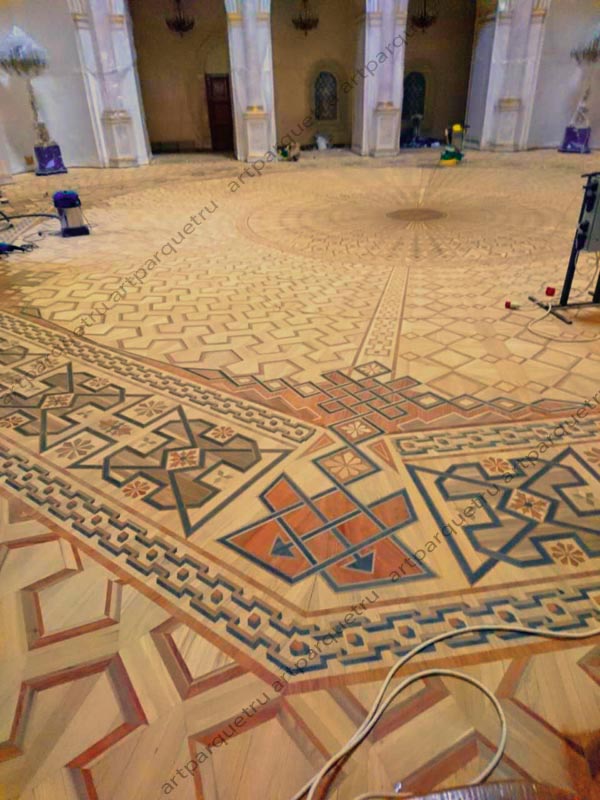 We completely reconstructed the medallion for that hall. 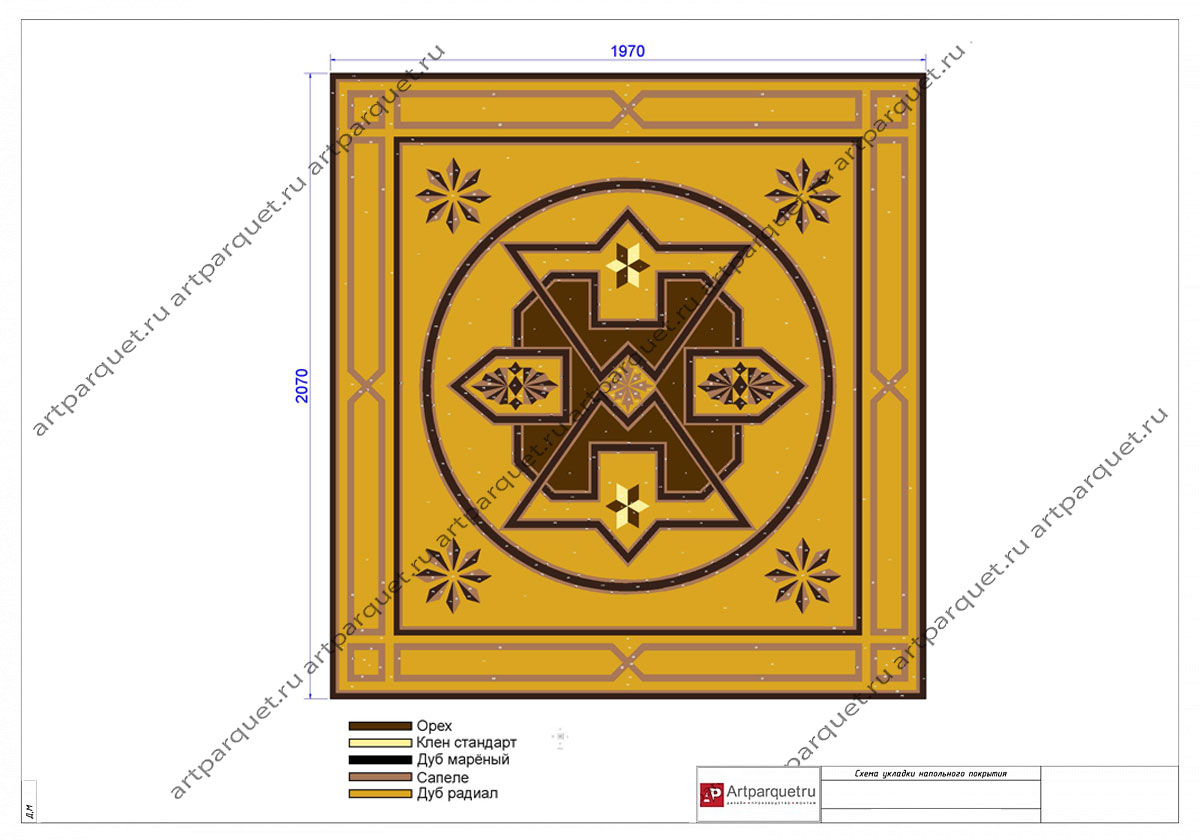 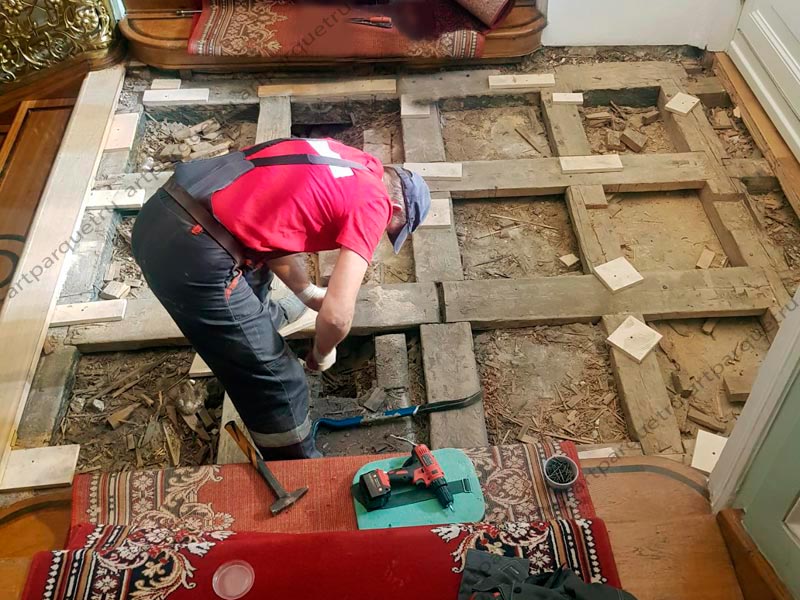 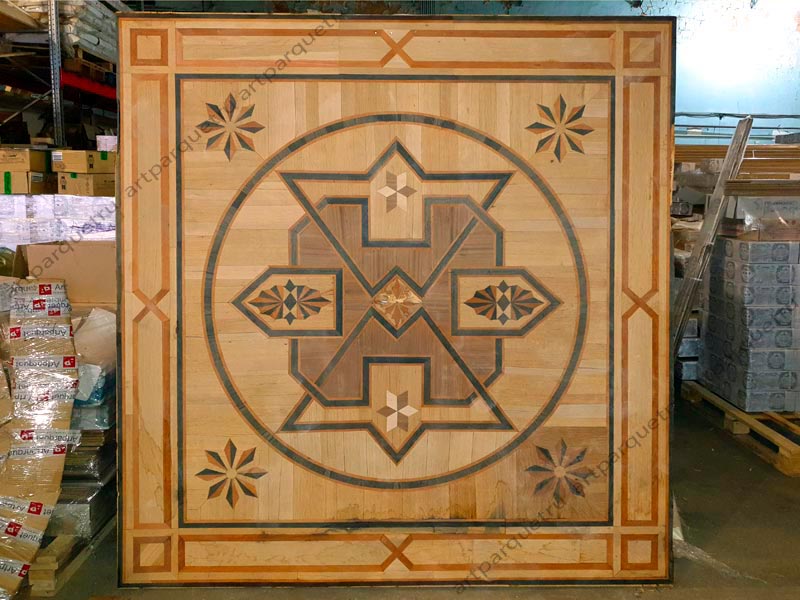 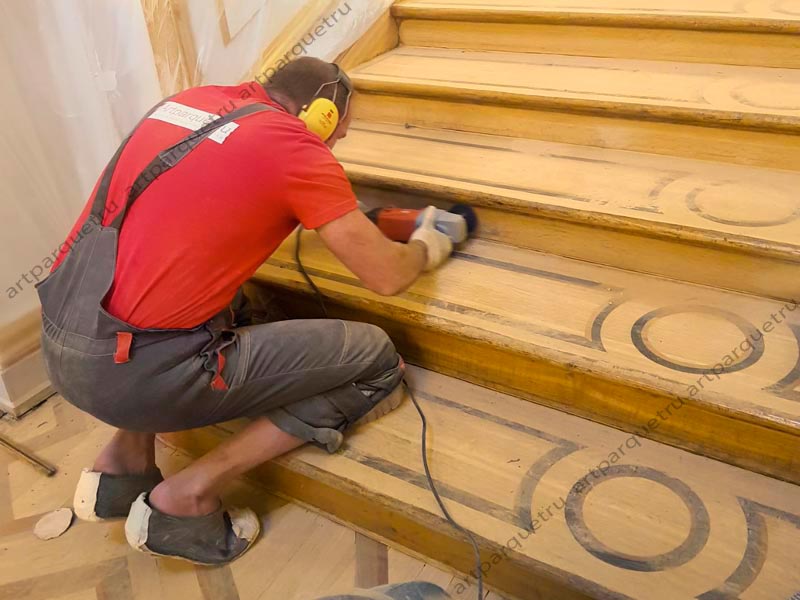 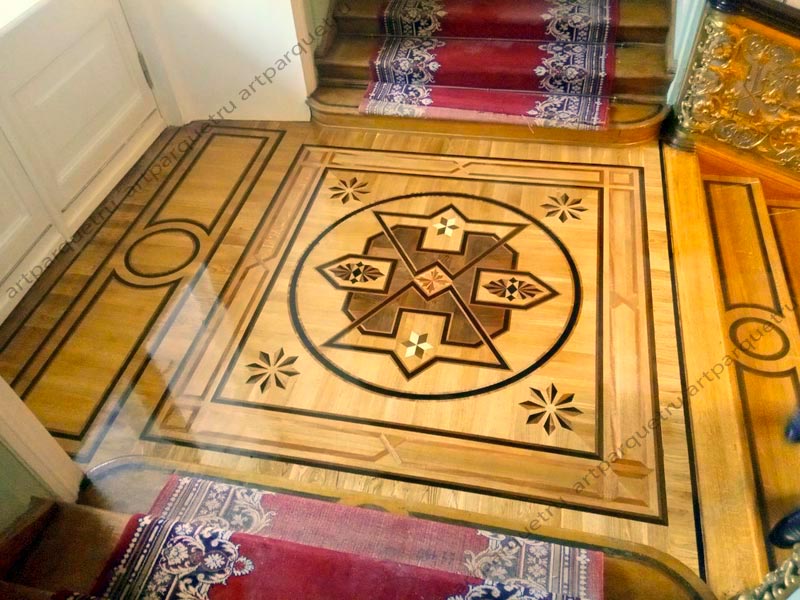 Pictures of Vladimirsky hall after the restoration. 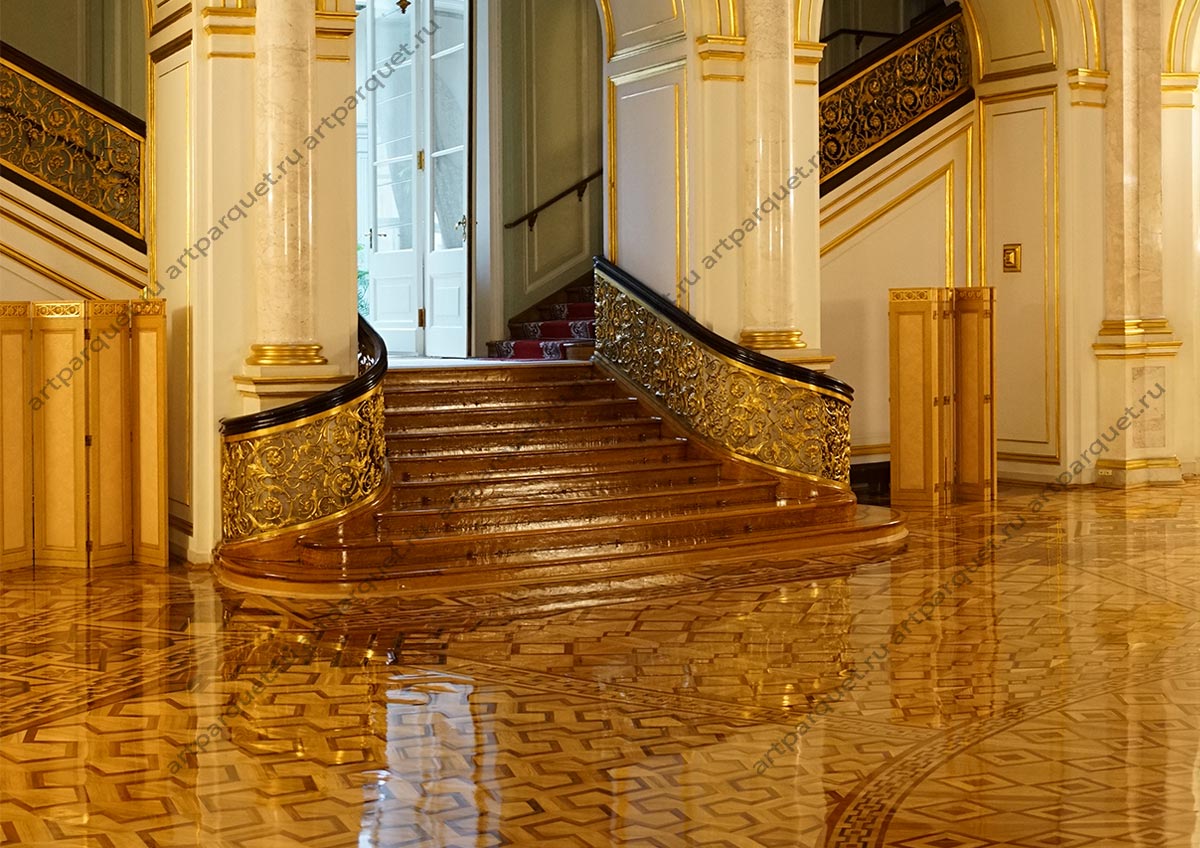 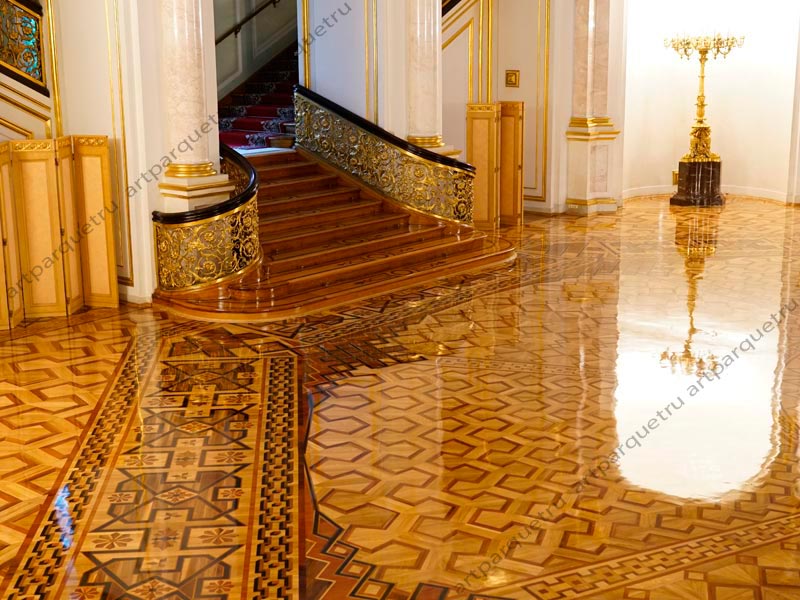 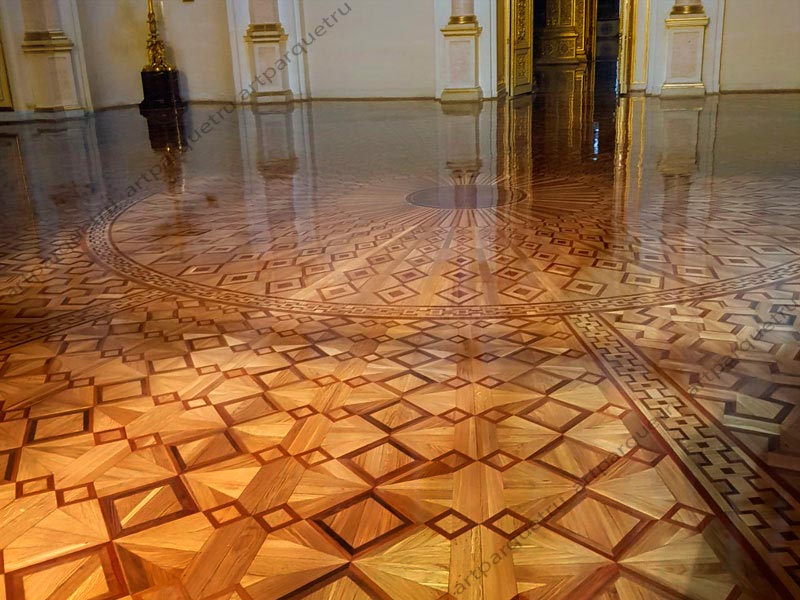