Malachite hall is a guest extension built in 1933-1934. In 1990s after complete reconstruction of the Palace the extension was rebuilt in the style of the whole palace according to Ilya Glazunov's design. The name of the hall is connected with dark green columns that are painted as if made from malachite. The portraits of grand princes and tsars (the Rurikids and Romanovs) are placed on the walls between the columns. 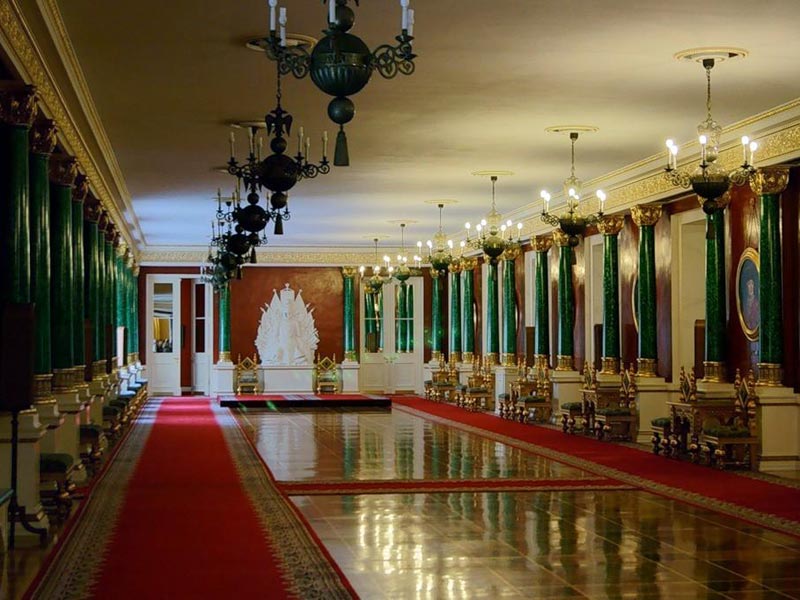 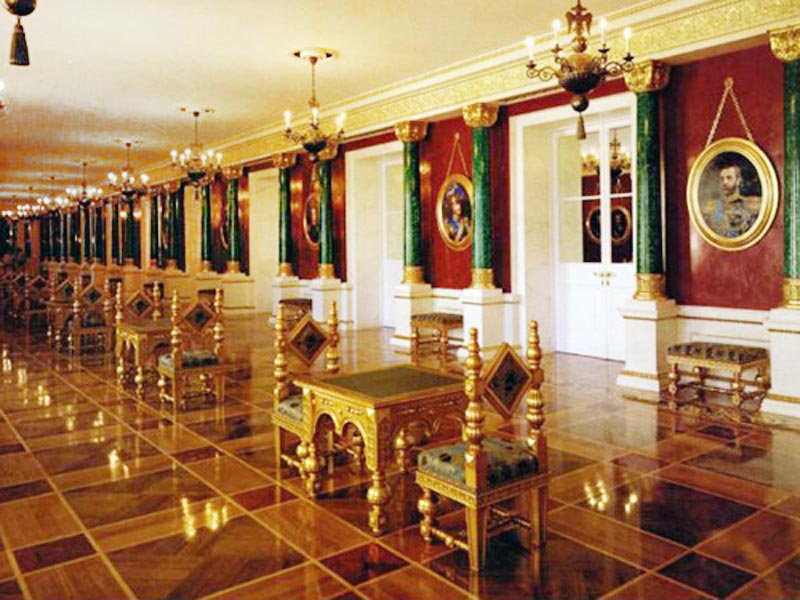 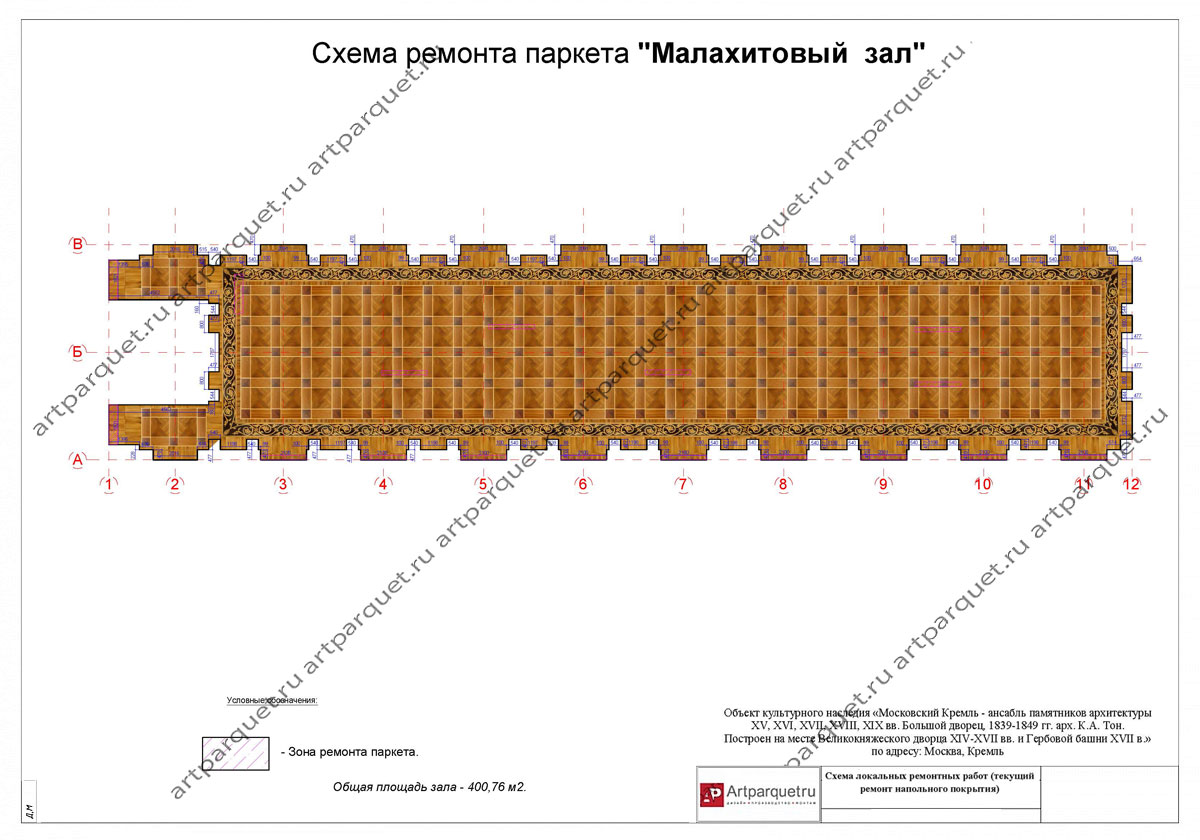 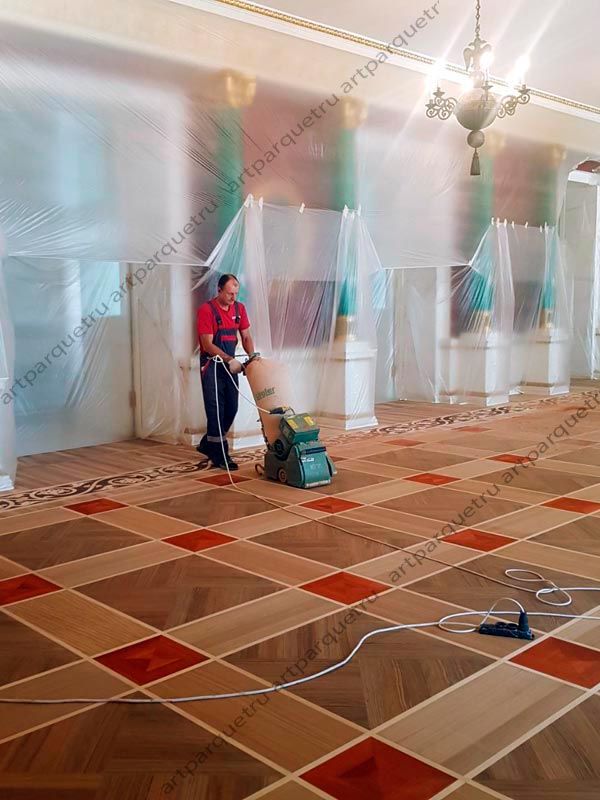 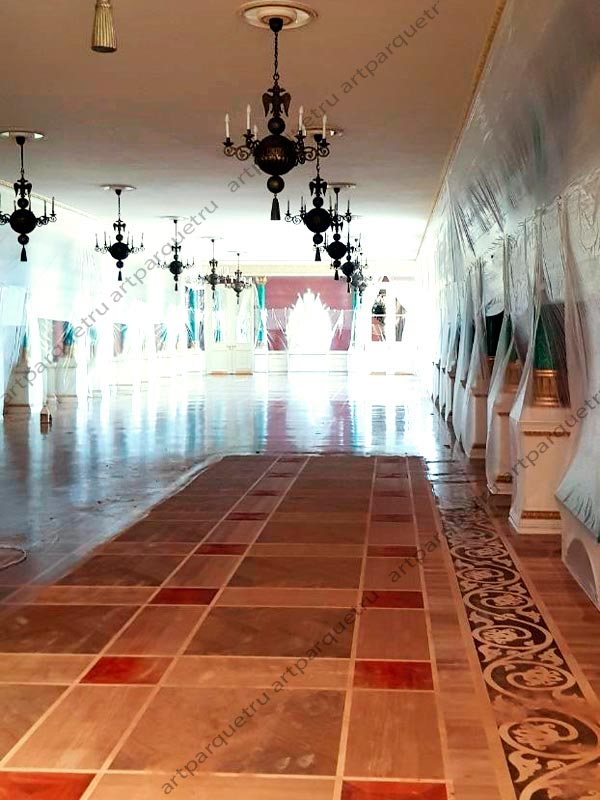 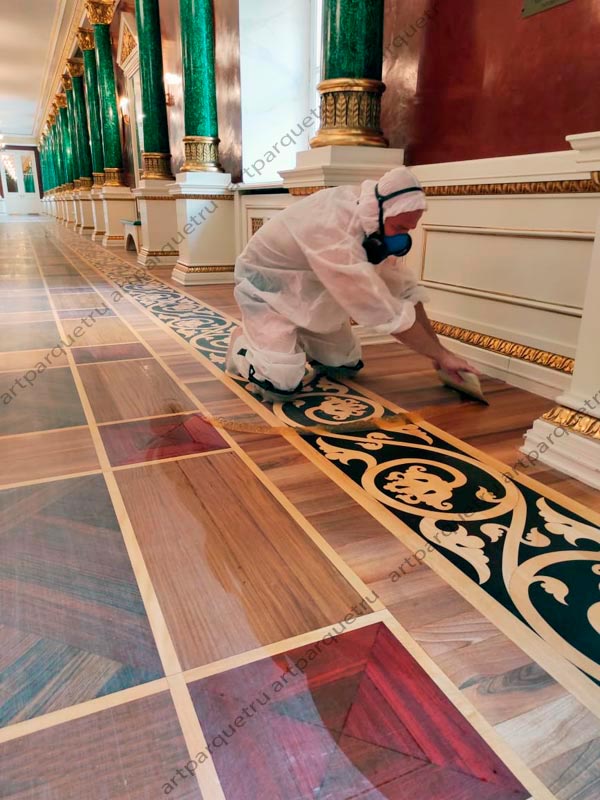 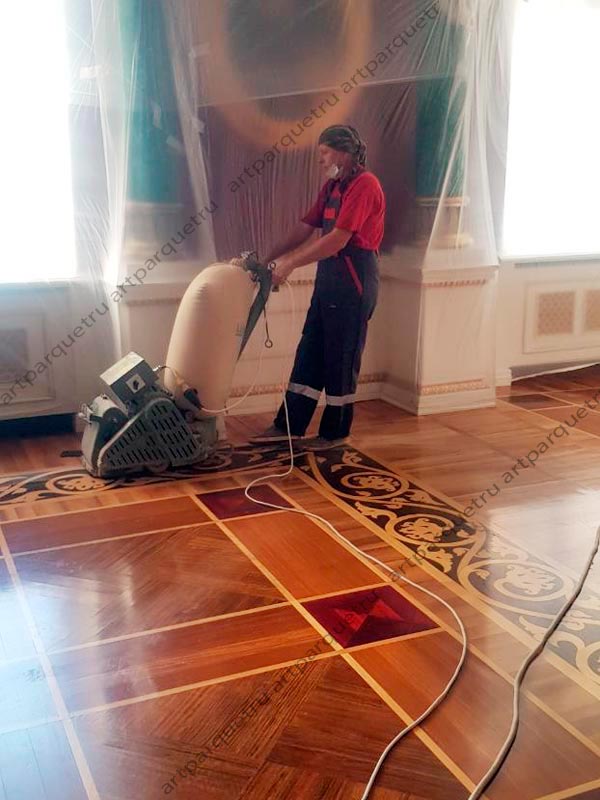 Pictures of the Malachite hall with the renewed parquet flooring. 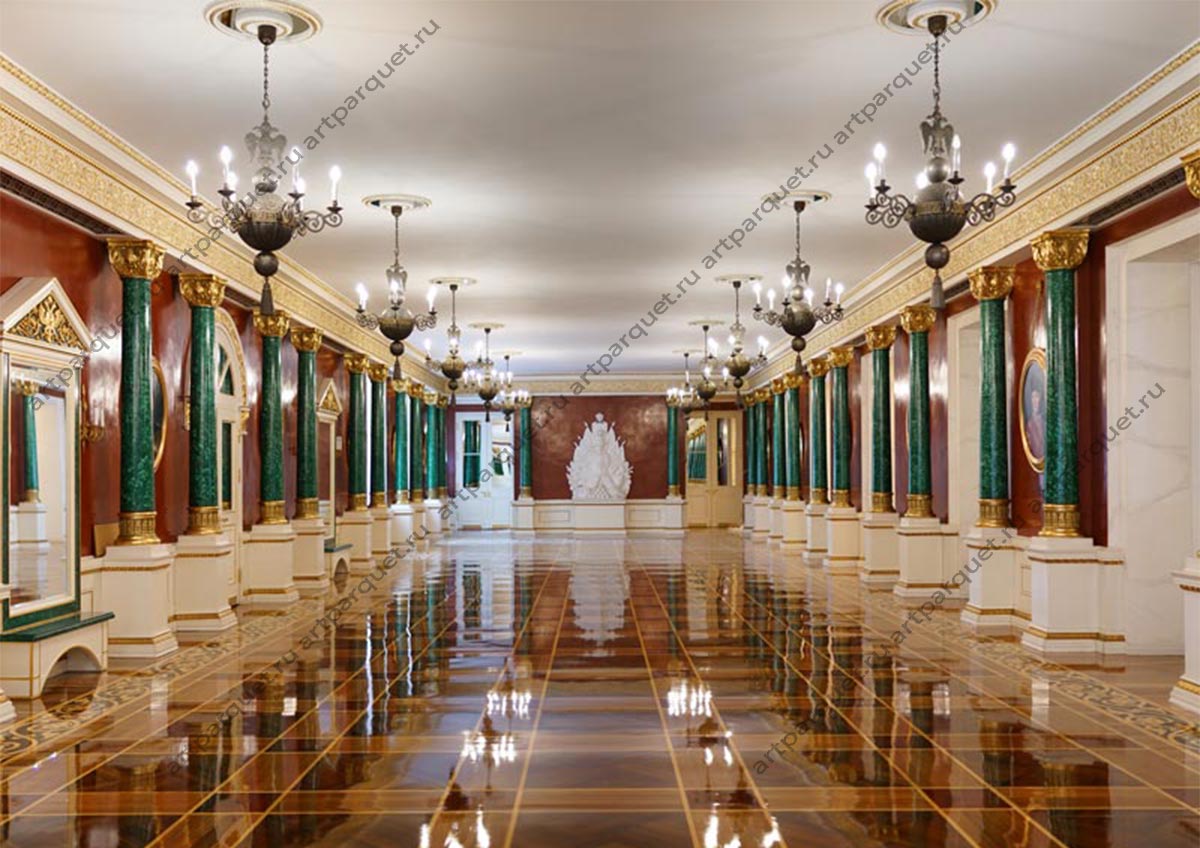 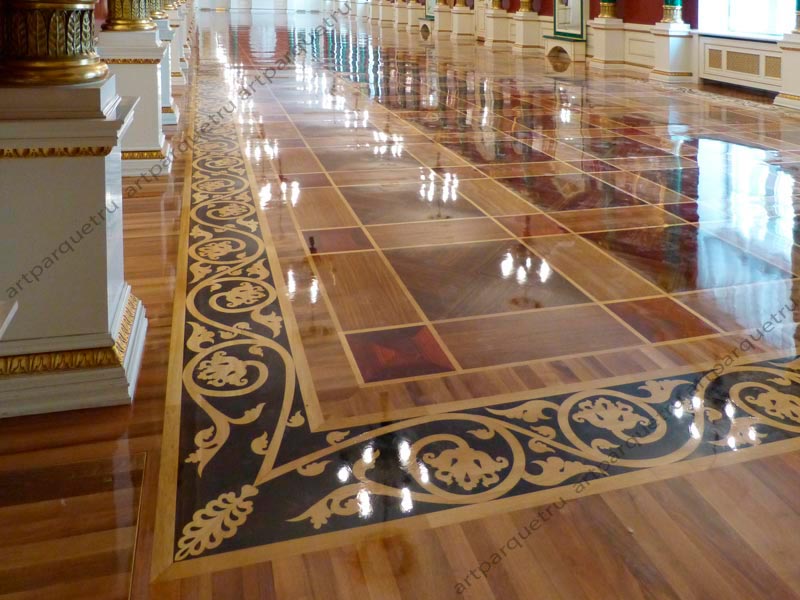 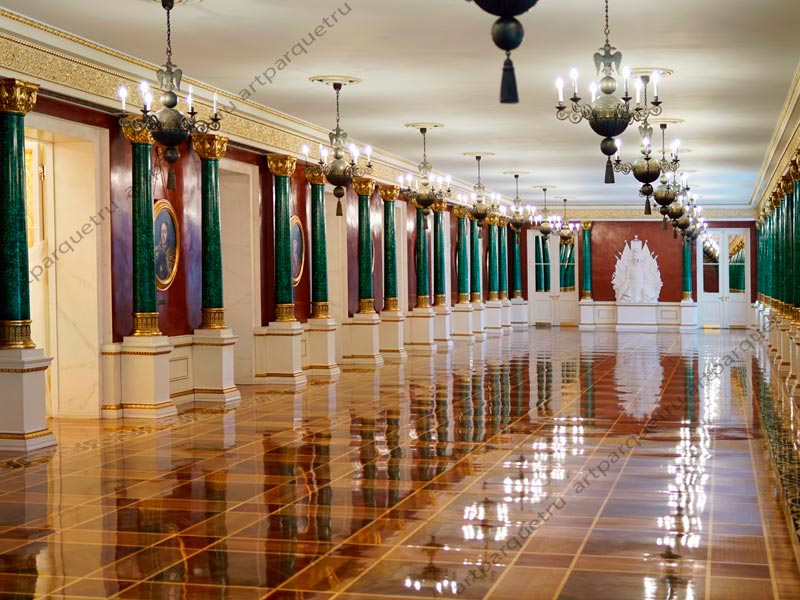