The Grand Kremlin Palace is situated on Borovitsky Hill. Its facade stretches up to 125 metres from west to east and faces the Moskva River. The Grand Kremlin Palace includes Terem Palace, nine churches and 700 separate rooms with a total area of more than 25 000 swm. The Palace was built by order of Nicholas I of Russia in 1838-1849 by the Russian architects under the supervision of Konstantin Thon.

The Palace was intended to be the  monument of the Russian history and fame of the Russian army. At present the Palace serves as ceremonial residence of the head of state. Nowadays the Palace is used for inauguration ceremony, presentation of state awards, letters of credence and other official ceremonies.

The Chevalier hall was used to accommodate the personal security guards of the emperor. Fretted ceilings, chandeliers, fireplaces, and parquet floors are the main decorations in this hall. Fretwork was carried out by the academician F.G. Solntsev who was awarded the order of St. Anne for the artistic work in the Grand Kremlin Palace.

We have completed the restoration works of the designed parquet with partial replacement of separate elements.

Private chambers of the Emperor's family

The Private Chambers have always belonged to the Emperor (now the President) and his family. For the first time in 160 years such an extensive restoration work has been conducted in the Grand Kremlin Palace. Art Parquet was challenged to recreate the authentic appereance of the space which it had at the end of the 19th century.

We have accomplished restoration works in the Dining Room and the Pink Hall of the Private Chambers. We produced and installed customized designed tiles. Everything was done within one month.

The compositional base of the parquet flooring in the Dining Room is the combination of big octangles and small rhombi made of oak and framed with merbau and oak. The sets of triangles which compose the octangles and rhombi are installed to emphasize the wood texture in different ways according to the lighting. The centre of each pattern is a flower of the most delicate work (merbau, wenge). The flower is made in the baroque and rococo style. The tile 6-250 used in this project can be found in our catalogue. The oak flooring lain in the pink lobby has an intricate geometric pattern. 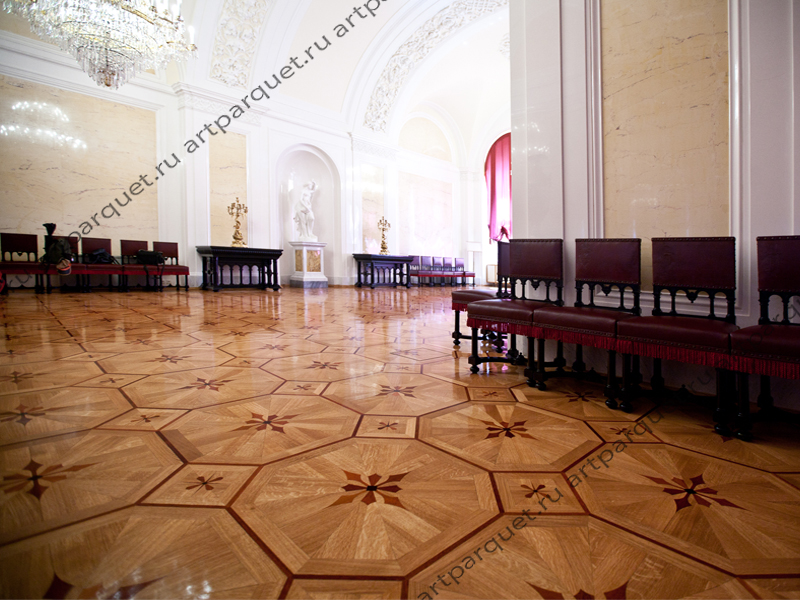 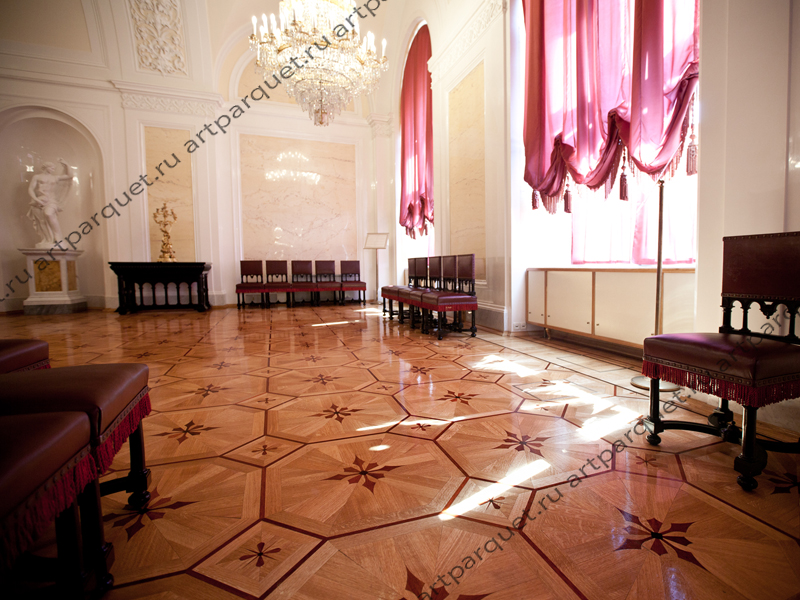 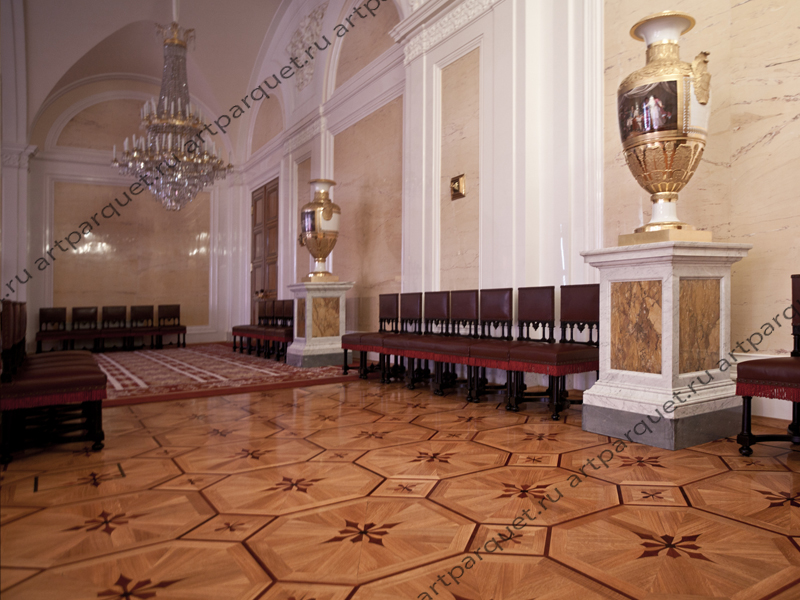 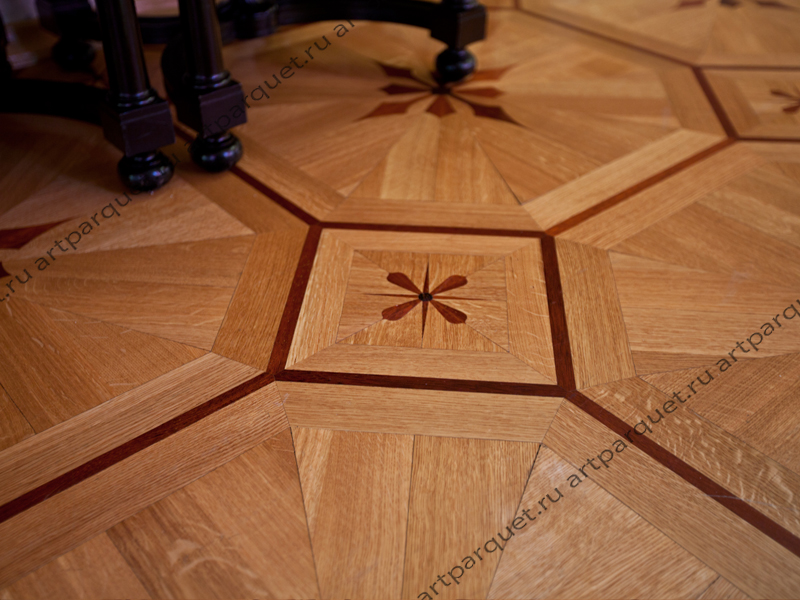 Oak parquet with intricate geometric design is installed in the Pink Hall.

Flooring is covered with special glossy lacquer that makes the flooring durable. Such flooring emphasizes the atmosphere of magnificence and nobleness. The interior becomes bright and attarctive thanks to the tricks of light on the flooring. Glossy finish visually expands the room and makes it lighter.

Art Parquet accomplished the restoration works in the special area of the Grand Kremlin Palace. The works were held in the course of six weeks.

The parquet is distinct in its exactness and geometry. At the same time it is elegant and perfectly harmonizes with the interior designs of the rooms. Everything is made delicately and masterfully.

The decorations used in this project:

We have laid 283 m2 of parquet in the apartments of the Grand Kremlin Palace. The chevron pattern was used in this project as it visually expands the space of small rooms.

The flooring made of oak is considered to be one of the most beautiful and exquisite types of the parquet. The distinctive feature of this flooring is its universal use—it can be used to decorate any room as it perfectly fits any interior design.

An important advantage of the oak flooring is its durability. These floors are still to be seen in ancient castles and palaces of the past centuries. With time oak wood becomes darker —it acquires the shade of nobility.

We produce the parquet on high-precision Italian machines. Each element has a perfect geometry which provides no gaps.