The order's motto: "For work and Fatherland"
The order is awarded to citizens of the Russian Federation who have served in civil service positions for at least 20 years and have achieved special personal merit in nation-building, for many years of honest service and excellent results achieved while on duty, for strengthening the international prestige of Russia, the country's defense, economic development, science, education, culture, the arts, health care and other services.
3674 people were awarded with the order.
(among the awarded there were Alexander Suvorov, Mikhail Platonov, Mikhail Kutuzov, Mikhail Miloradovich, Nikolay Raevsky, Pyotr Semyonov-Tyan-Shansky, Fyodor Ushakov)

In the design of the hall Konstantin Thon used elements of the Byzantine-Russian style. Parquet flooring created in 1843 looks like a carpet with the intricate floral ornament. The Italian company Berti reconstructed parquet flooring in the beginning of 2000s. 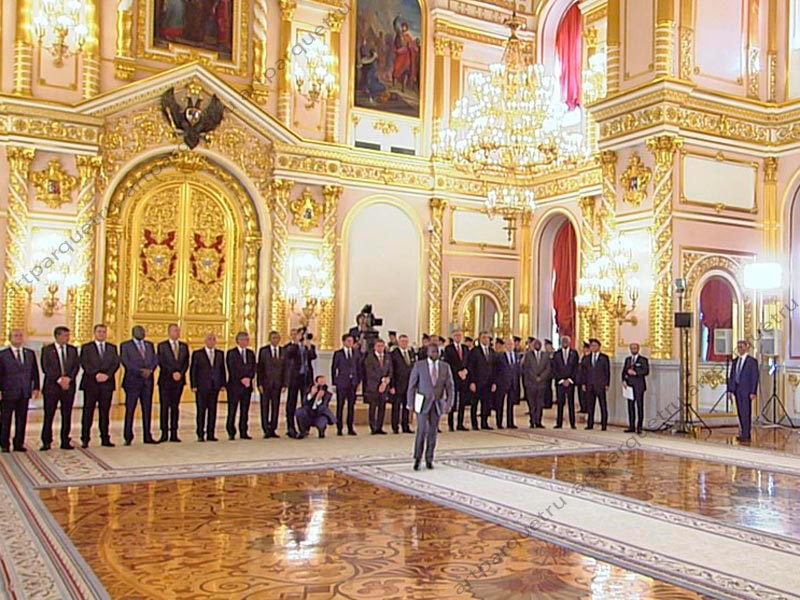 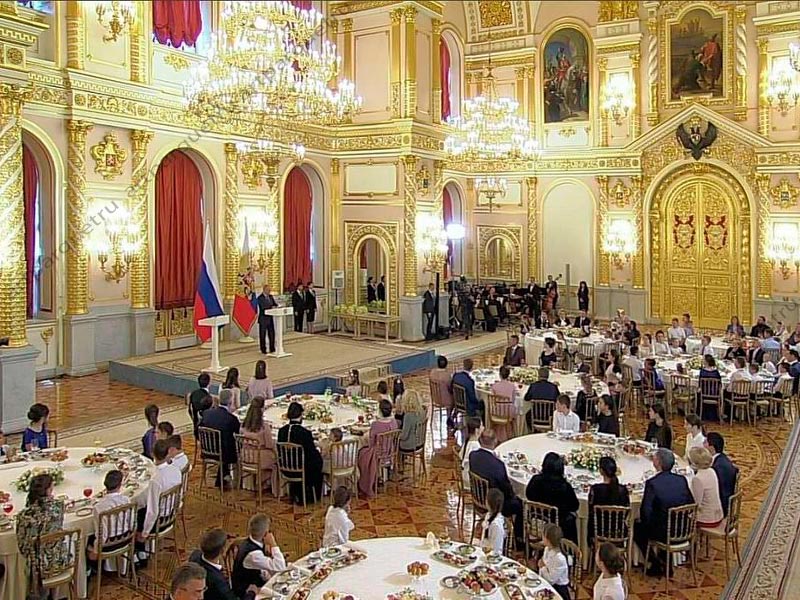 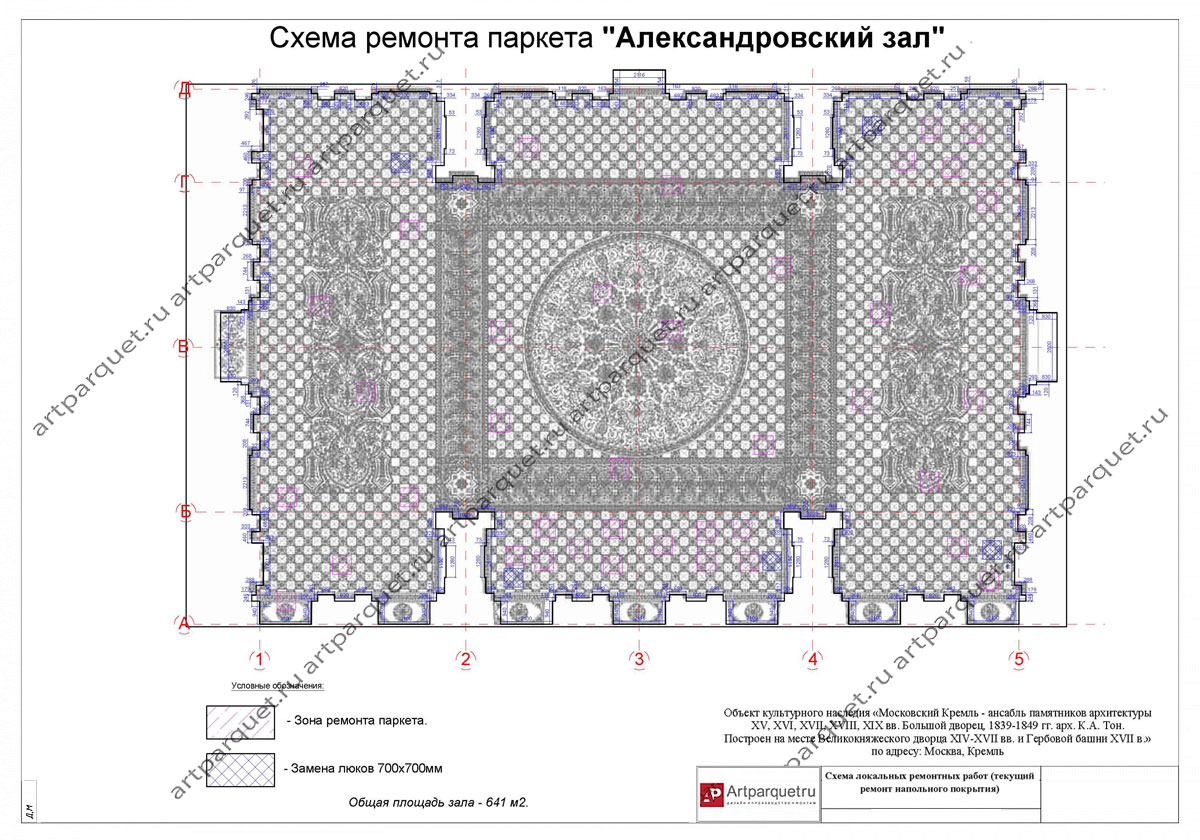 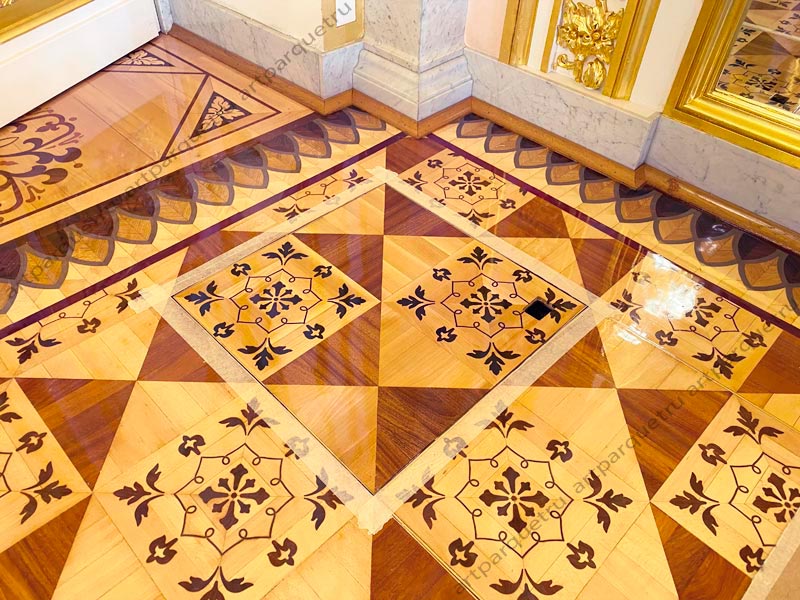 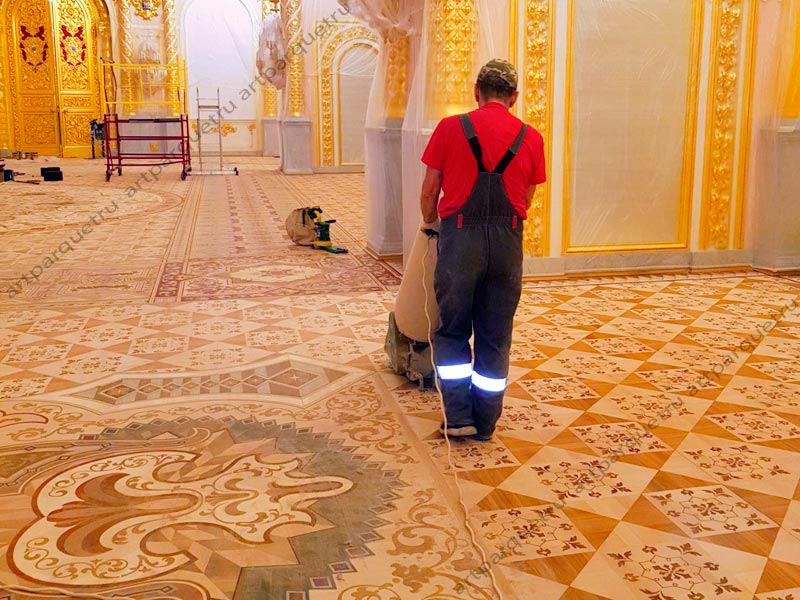 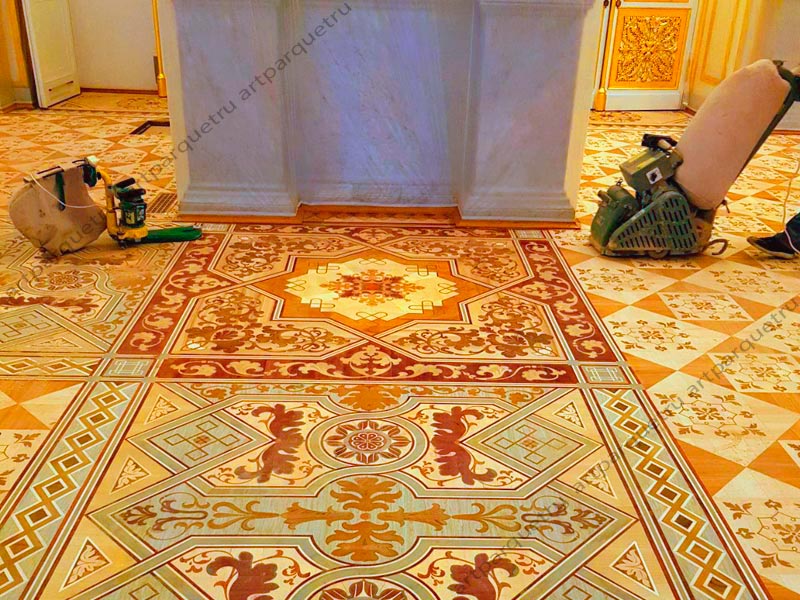 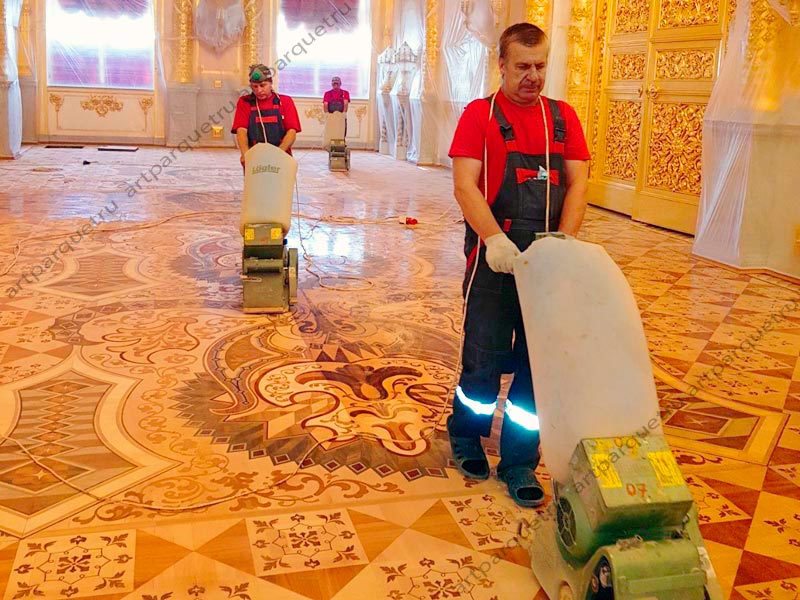 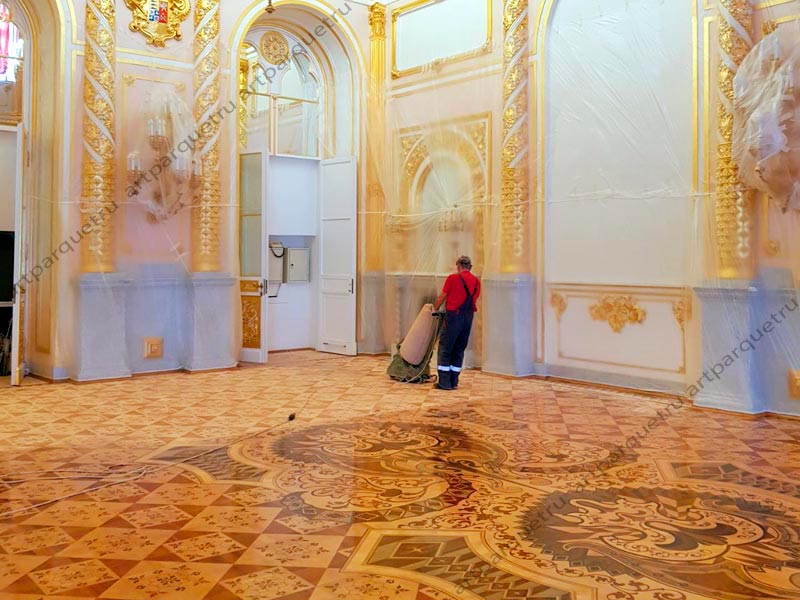 These pictures allow to estimate the quality of our work. 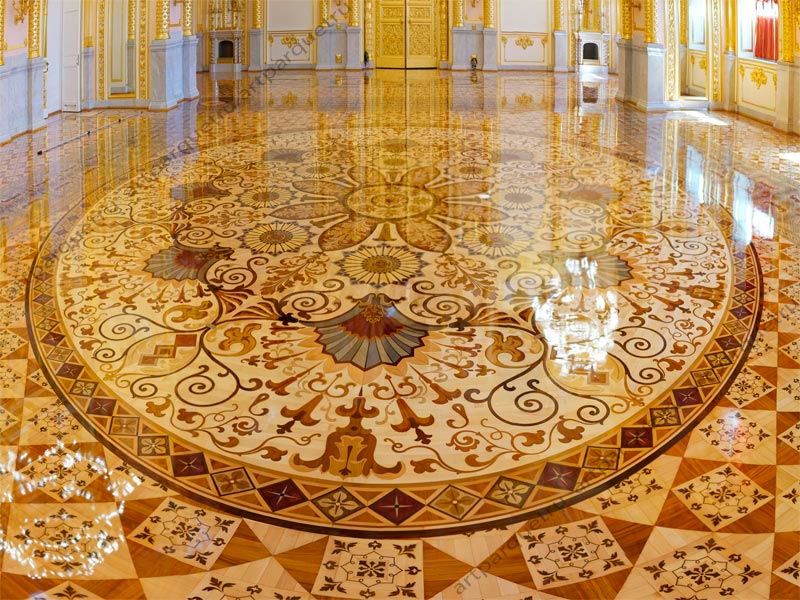 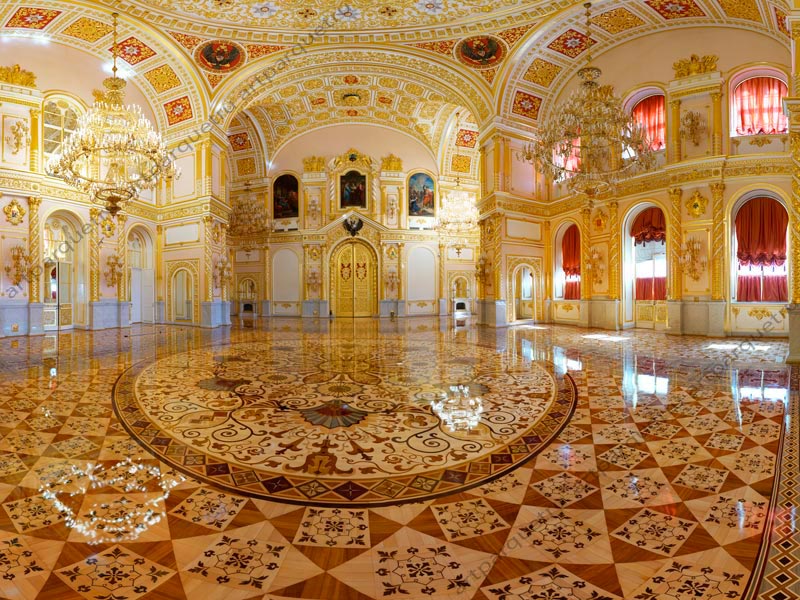