The Order's motto: "For Faith and Loyalty"
The Order is awarded for exceptional services,
for promoting the prosperity, grandeur and glory of Russia.
According to various sources from 900 to 1100 people were awarded with the Order in two centuries.
(in modern Russia among the awarded there are Dmitry Likhachov, Mikhail Kalashnikov, Nursultan Nazarbayev) 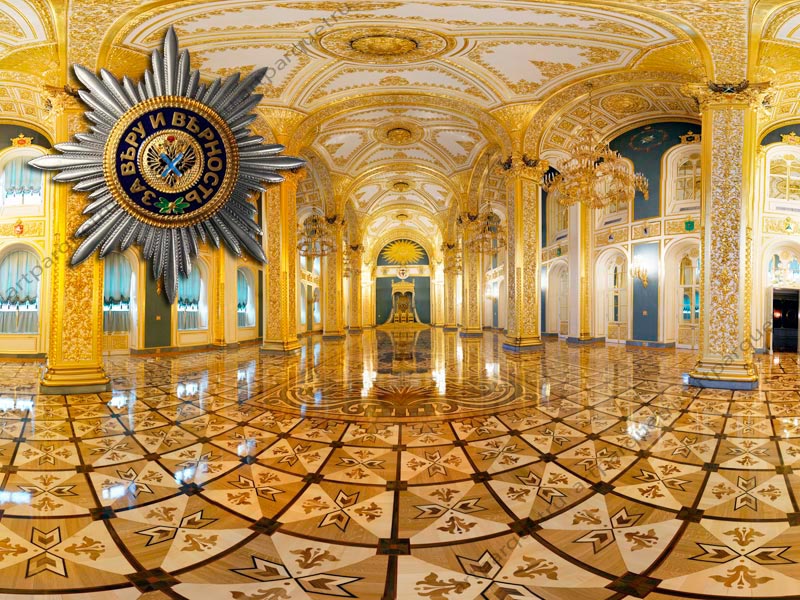 Andreyevsky hall was the main hall of the Grand Kremlin Palace. Three thrones, one of which was meant for Nicholas II, are situated there. Exceptional parquet flooring made of 30 wood species harmoniously matches the gilt ornaments of the hall. 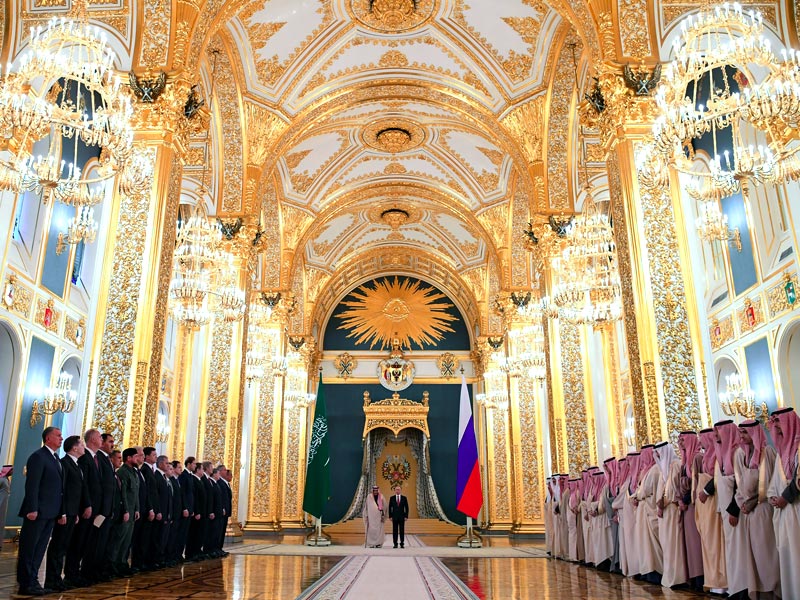 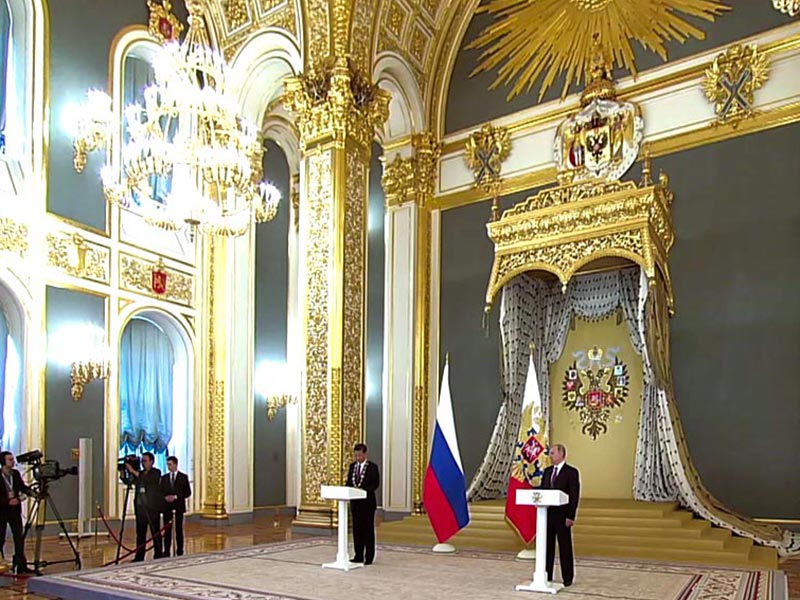 In the beginning of 2000 the Italian company Berti reconstructed parquet flooring in Andreyevsky and Aleksandrovsky halls. 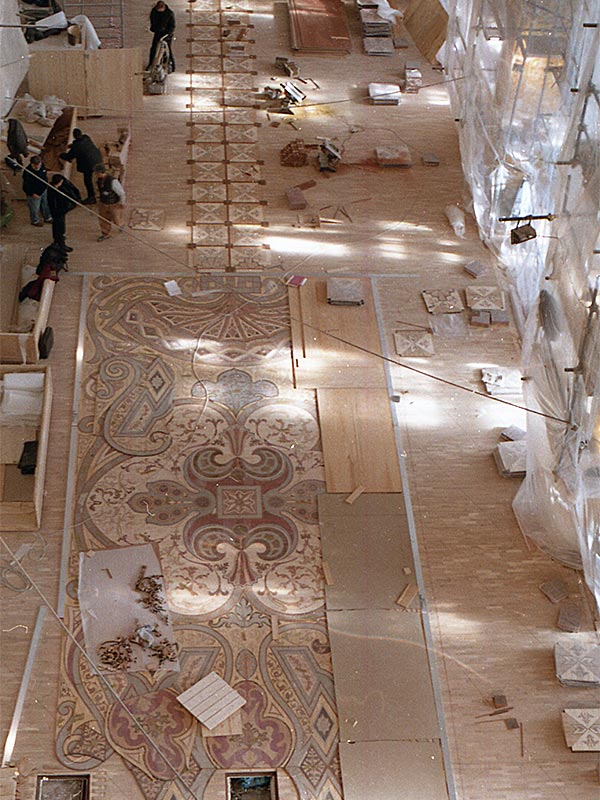 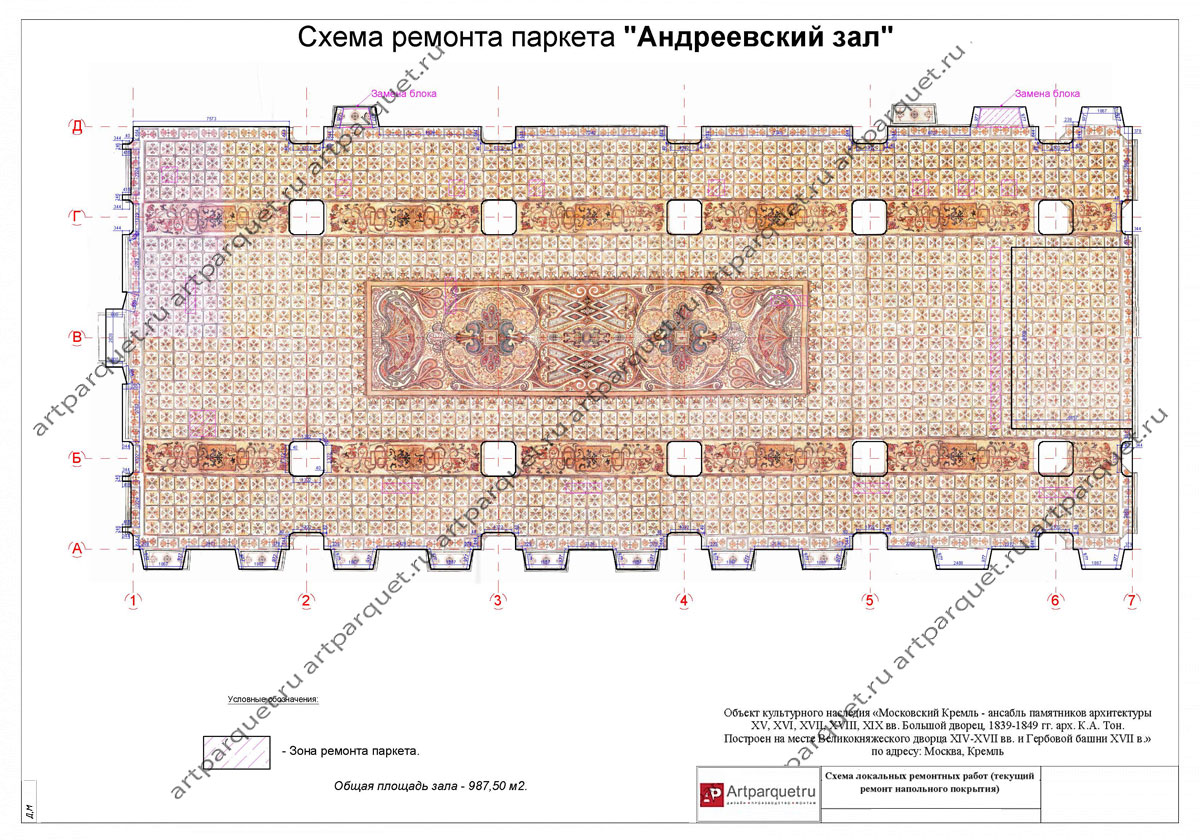 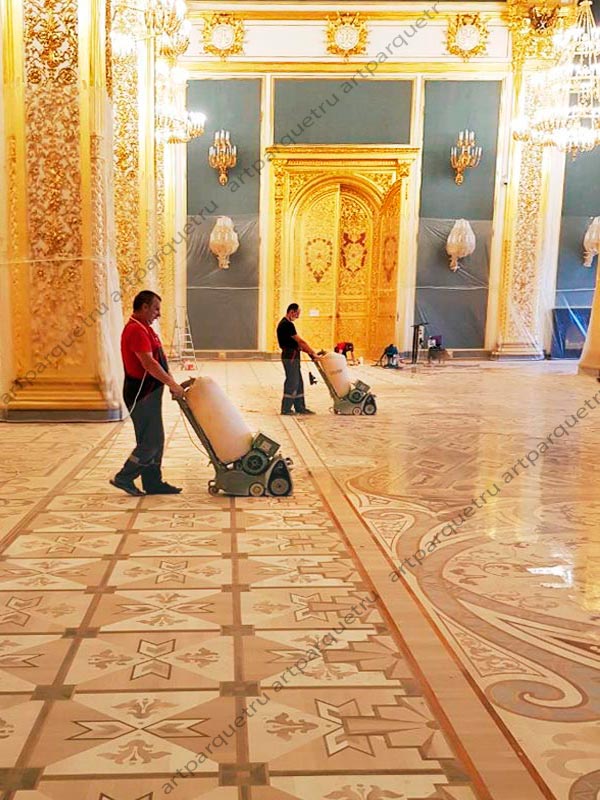 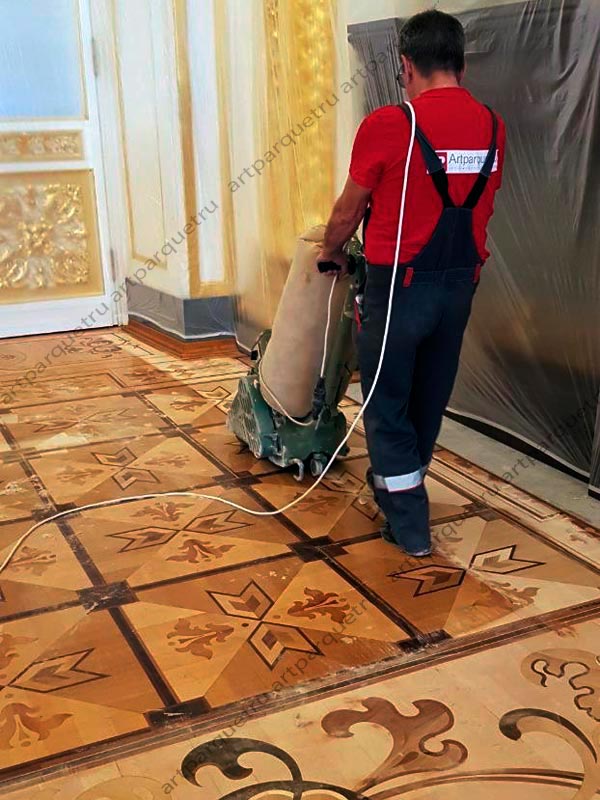 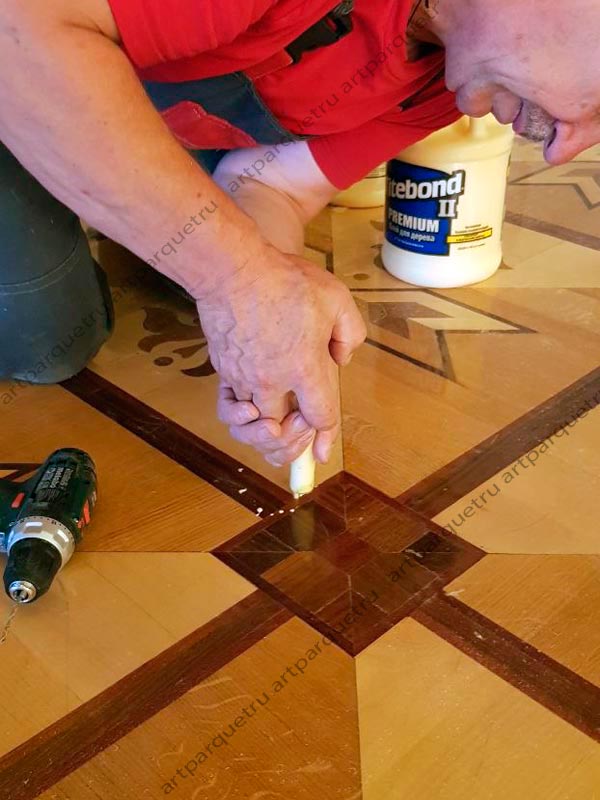 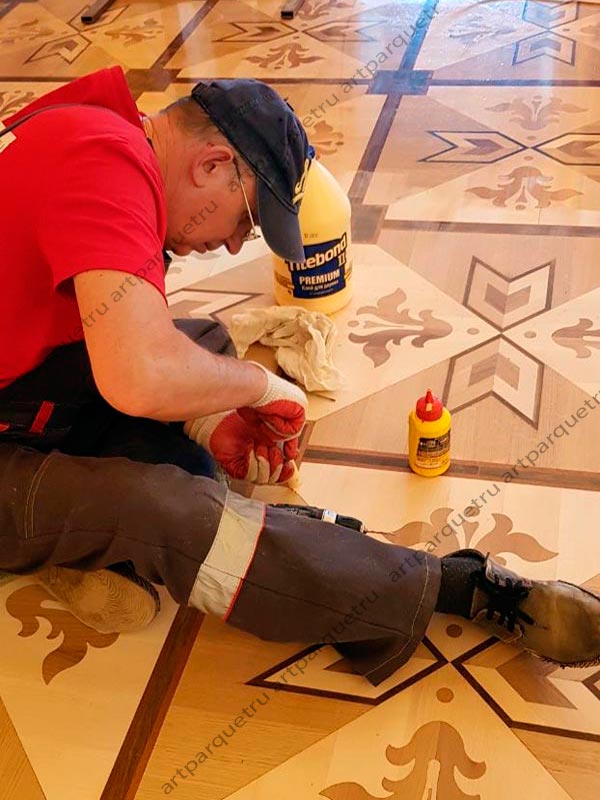 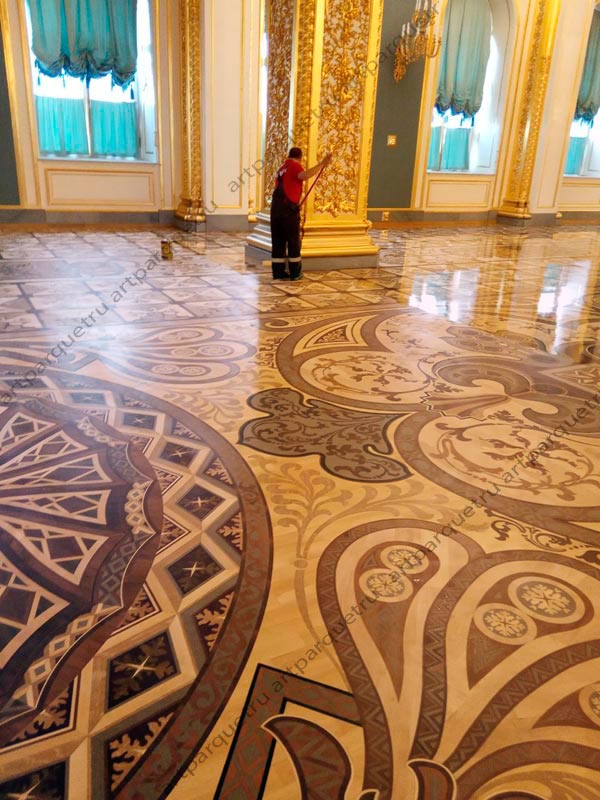 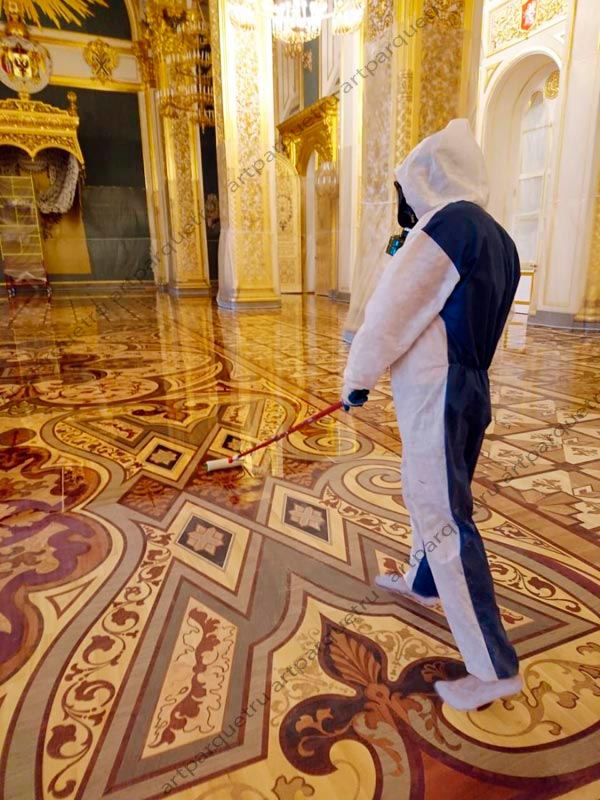 We have engineered and constructed a podium specialy for this hall. 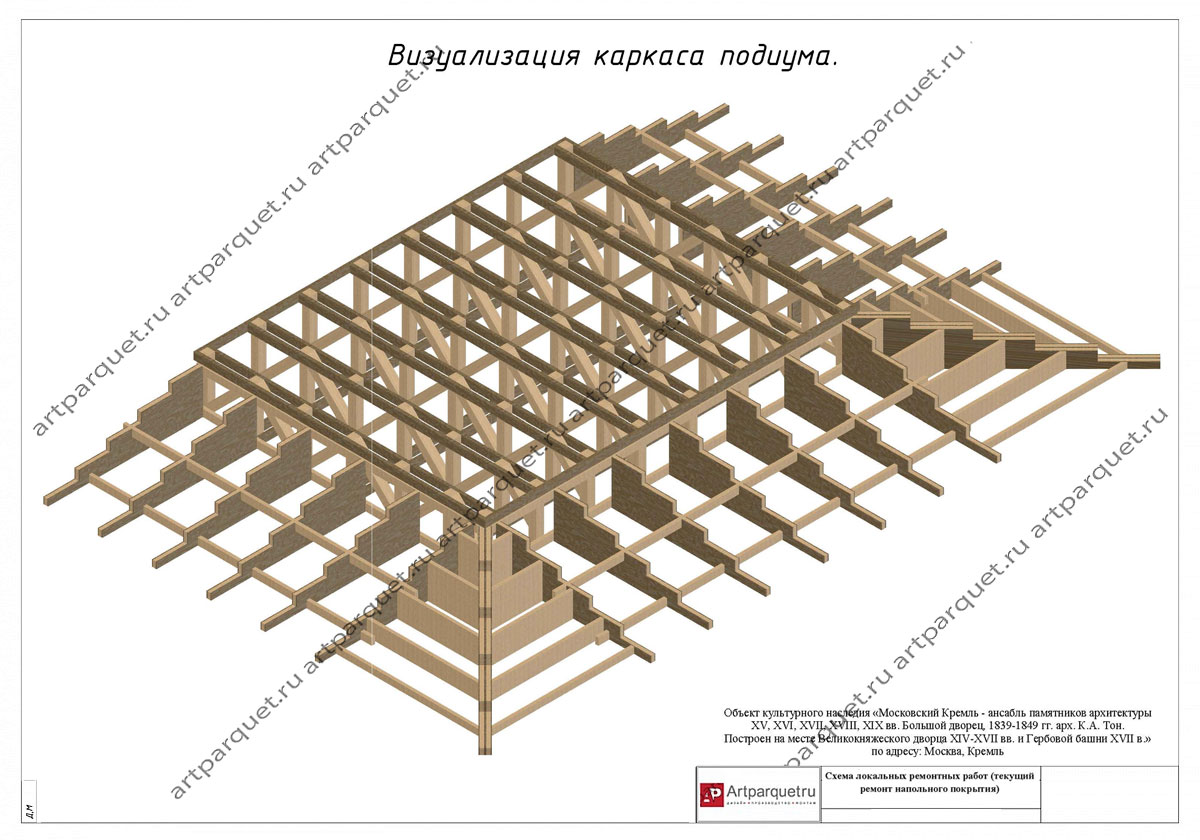 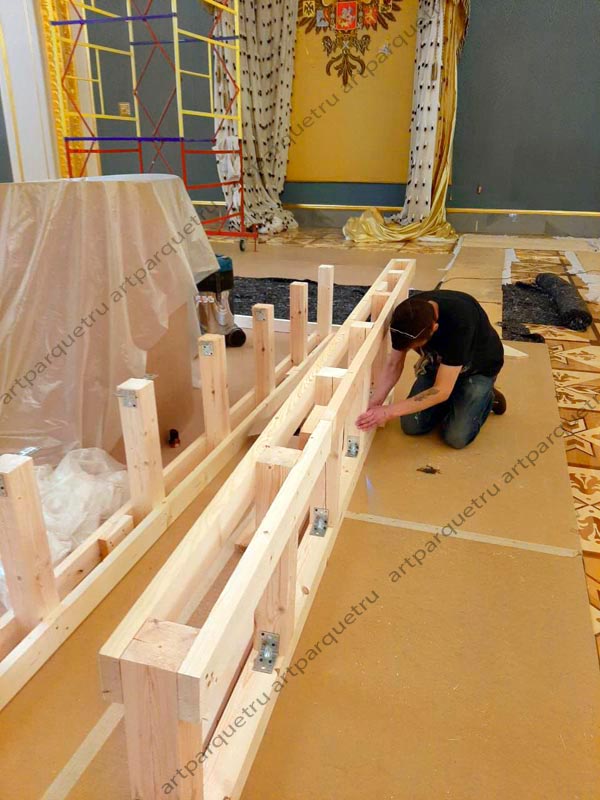 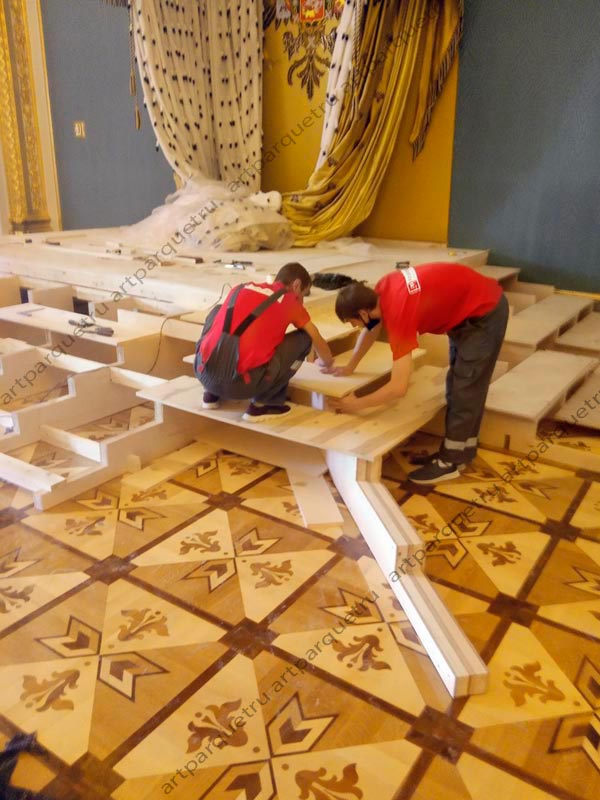 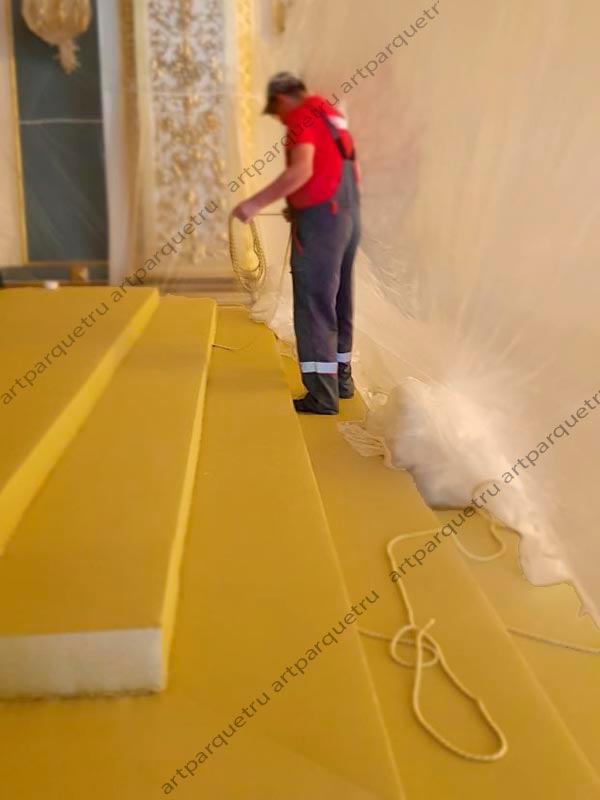 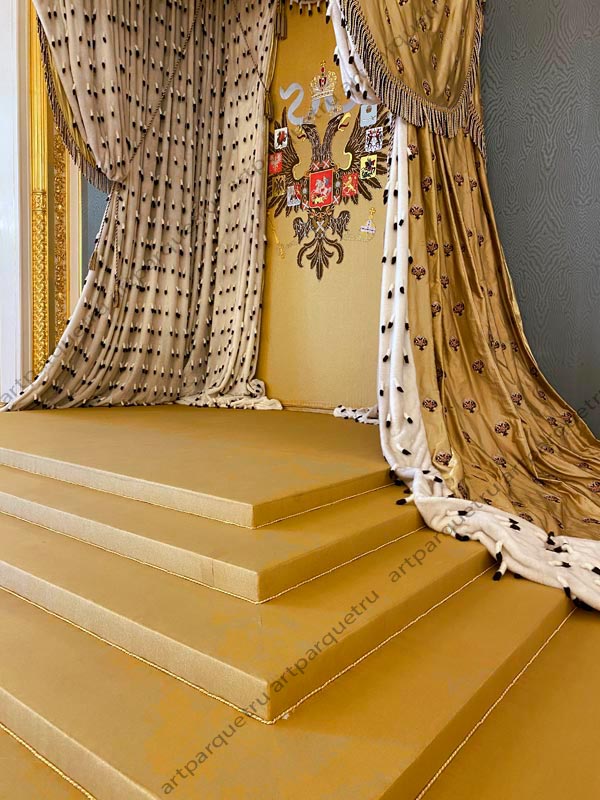 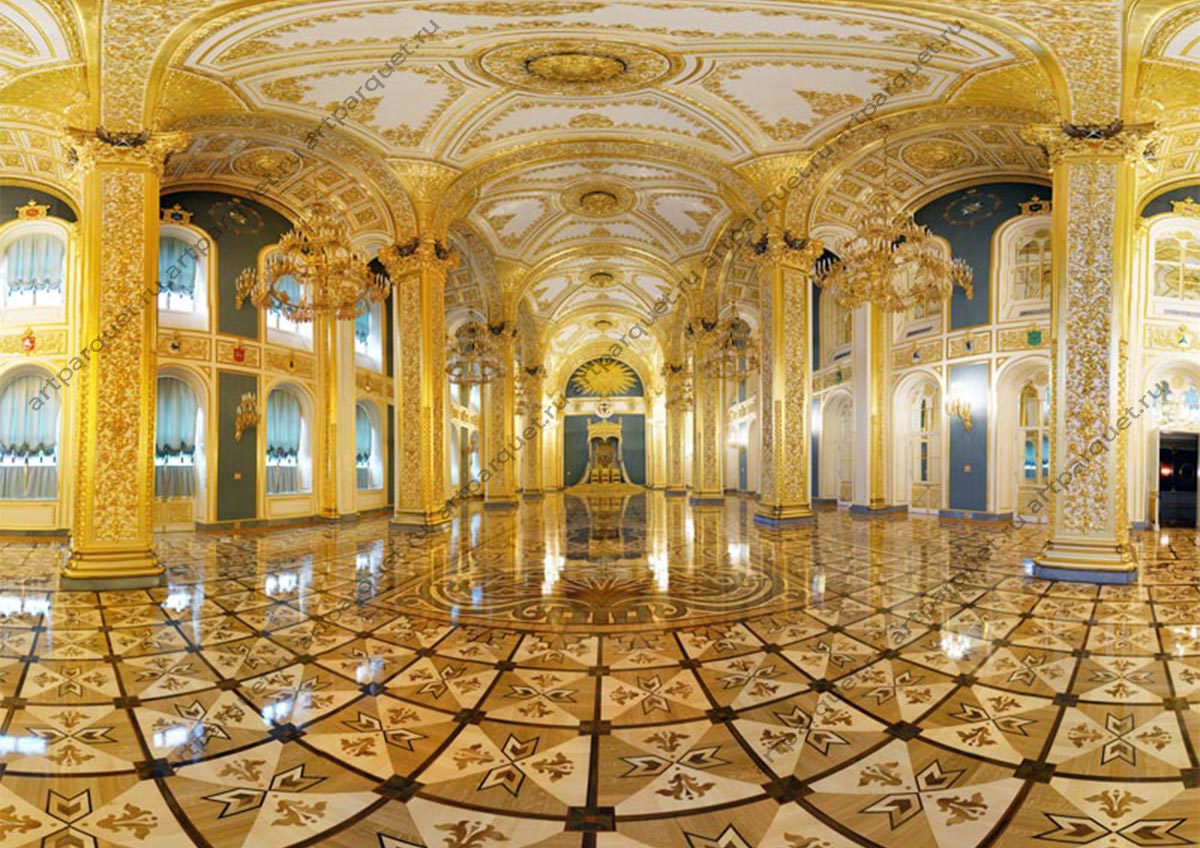 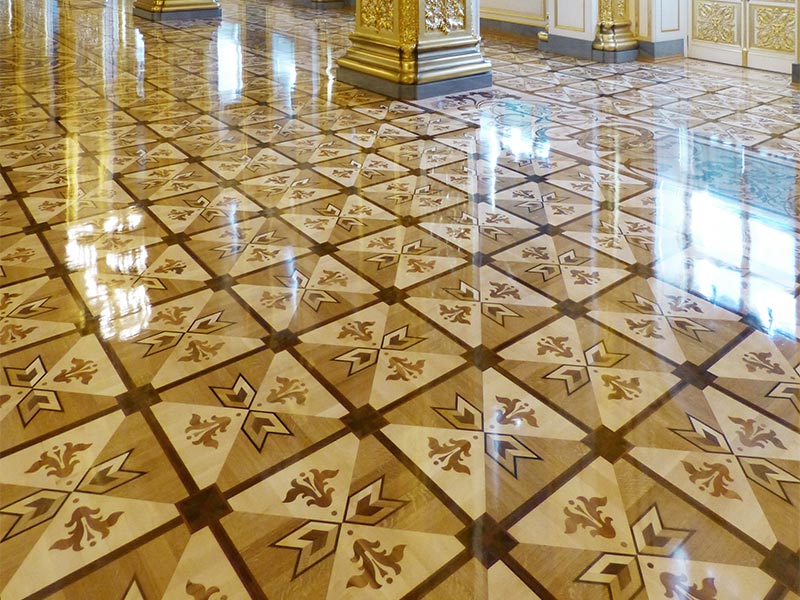 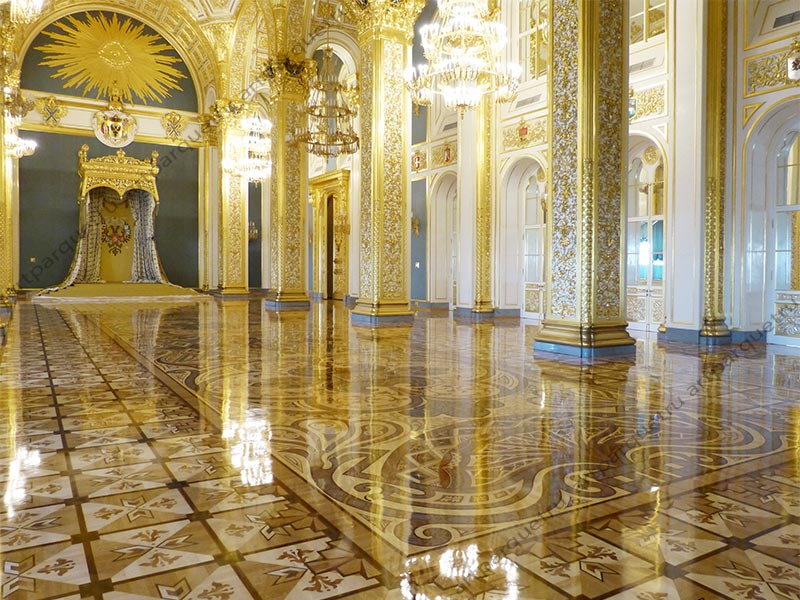