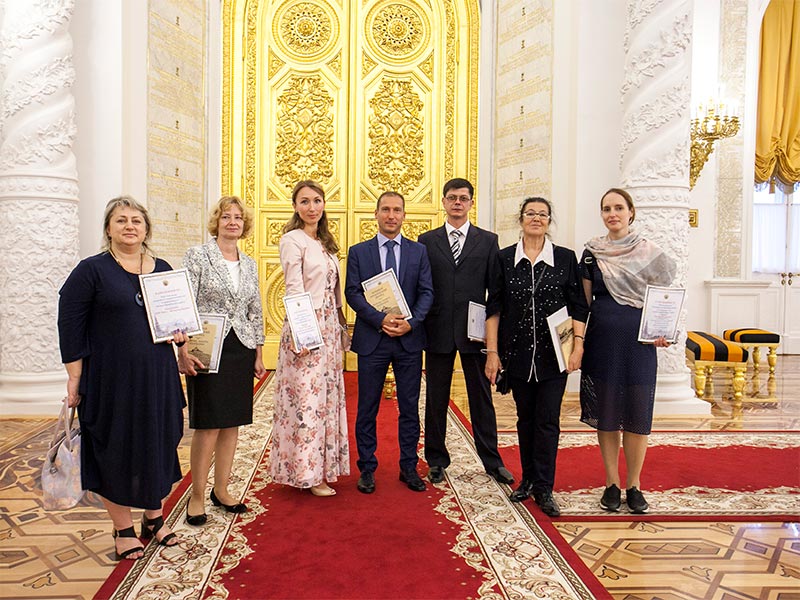 «All the works are finished, the hall is ready for holding state events», said Sergey. He also reminded that the restoration had started in the end of November 2018.

On April 23 the specialists finished installation of new parquet flooring in Georgievsky Hall. The new flooring repeats the historical emperor's parquet that served 170 years. The restored hall was consecrated by Patriarch Kirill of Moscow.

Parquet flooring in Georgievsky Hall of the ceremonial residence of the head of the Russian state was made according to the drawings of Fyodor Solntsev. It is made of more than 20 different wood species both natural and toned.

The representative of the Federal Protective Service pointed out that the renewed parquet flooring produced by the Russian restorers was «the exact copy of the imperial parquet flooring». The workers used the same wood species that had been used in the middle of the 19th century. Wood species that do not longer exist across the globe have been substituted by their copies.

Georgievsky Hall is the biggest hall of the Grand Kremlin Palace: its length is 61 m, the width is 20.5 m. This hall is named for the Order of St. George. The hall was used during many ceremonies in Imperial Russia and the USSR. Now Georgievsky Hall hosts the events with the participation of the President of the Russian Federation.

The representative of the Federal Protective Service reminded that in the late 1990s a large-scale restoration was carried out in two other halls - Andreyevsky Hall and Aleksandrovsky Hall. These halls were united in one for party congresses and meetings of the Supreme Soviet of the USSR. At the same time the restoration was made in Georgievsky Hall, but parquet flooring was only renovated.