The customer`s original request was simply stated, “Create a parquet floor fit for a palace from a fairytale.” The final product produced by the team at ArtParquet was indeed a visual masterpiece.

ArtParquet has been working in the Russian and international markets since the company’s creation in 1999. The company was established based on the idea of reviving the rich traditions of designed wood flooring. At the same time, the demand for exclusive floors became more prominent The team started with a small production of designed wood flooring. During the first year of work, the company produced and installed about 400 square meters of flooring. Two years later, the company instaUed its first state project in the Ministry of Emergency Situations. Since then, year after year, ArtParquet s business has been rapidly growing while working to meet increase in the demand for exclusive high-quality parquet flooring.

ArtParquet specializes in developing and selling wooden products used for interior design. The team provides full service - from floor to ceiling - along with design and installation. Some of the many services offered include artistic parquet, engineered tile, strip parquet, solid wood, wooden doors, caisson ceilings, wooden panels (boiserie), and much more. About 200 people work in the factory, and more than 50 people work in the office.


The winning installation took place in one of the residences of the Tajik president, known as “Kohi Nowruz” located in Tajikistan. The name of the hall where the winning flooring is installed is “Zarandud” which means gilt (or golden) in Tajik. When the building was initially constructed in September 2014, it wras planned to be a teahouse, but during the construction process, it evolved into a palace. Kohi Nowruz has 12 halls, each of wrhich is designed in a distinctive style. All the rooms of the palace are decorated by artists and craftsmen containing exquisite artwork including wrood carvings, mosaics including local semi-precious stones, and painted ceilings.

“Our task was to emphasize the natural color and style of the room,” said Natalia Lebedeva, export manager for ArtParquet. “Our designers were inspired by these ancient ethnic ornaments, and they reflected these ornaments in the flooring.”


This is not the first project that the team did for the Tajik president. “Typically, the contractor or people who are responsible for interior design contact us and send us layouts of the rooms and decoration of the ceiling. More often than not, our flooring correlates with the ceiling and shape of the room,” said Lebedeva.


One of the advantages ArtParquet has is that they have their owrn design-studio where artists and designers create unique floors. Specialists fashion projects of different types and levels of complexity starting from pencil drawing and ending with a precise image of future flooring in digital programs.


“Artistic parquet production is a difficult and elaborate process. Craftsmen of the past had to calculate every centimeter of the pattern and carve every single detail
manually. Only the best could manage such work,” said Lebedeva.


After the initial design for Kohi Nowruz was approved, the design engineers prepared AutoCAD drawings that wrere sent to the factory where CNC machines cut all the necessary details. 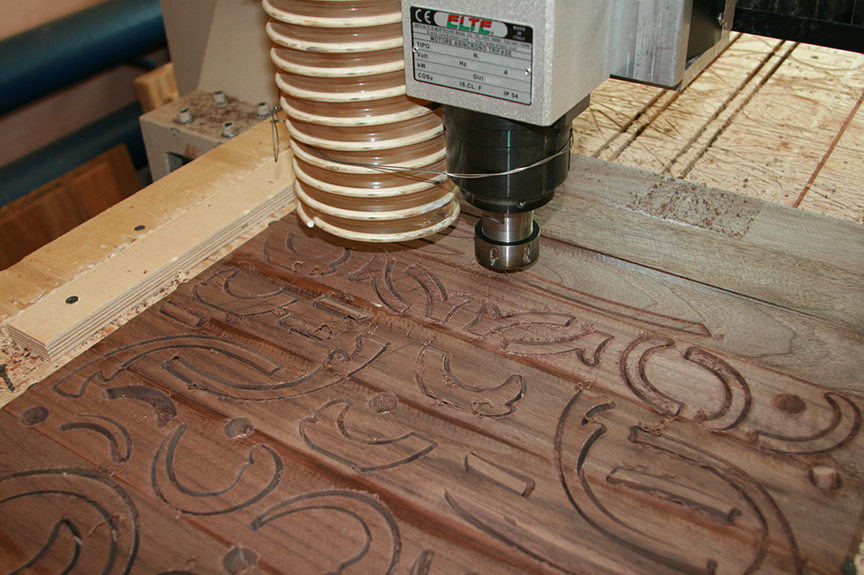 The whole production process is computerized, which allows for high- precision element cutting. The parquet workshops are equipped with exclusive software, laser technology, and modern machinery ensuring that the materials don’t cause any problems or difficulties during installation. 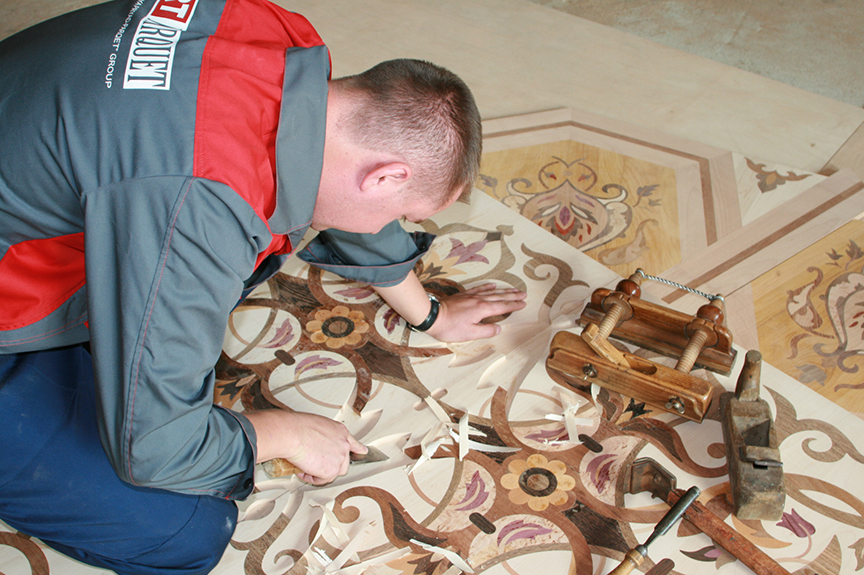 These materials were then assembled manually, and all the panels were packed and delivered to the site. The parquet layers installed the flooring according to installation schemes provided by the design engineers. It took five months to design and to produce the flooring, followed by an additional two months to complete the installation. In total, eight people worked on this floor.

ArtParquet`s list of clients spans the globe, as the team has produced and installed flooring not only in Russia, but also in Kazakhstan, Belorussia, Qatar, the United States, Italy, Germany, the UK, and others. The team handles state projects as well as with individuals. Some of their projects include the Italian Embassy in Russia Bergs City Estate, The State Academic Maly Theatre, and the residence of the Russian prime minister.

The floor consisted of 21 different elements, but each element was repeated a minimum of four times. 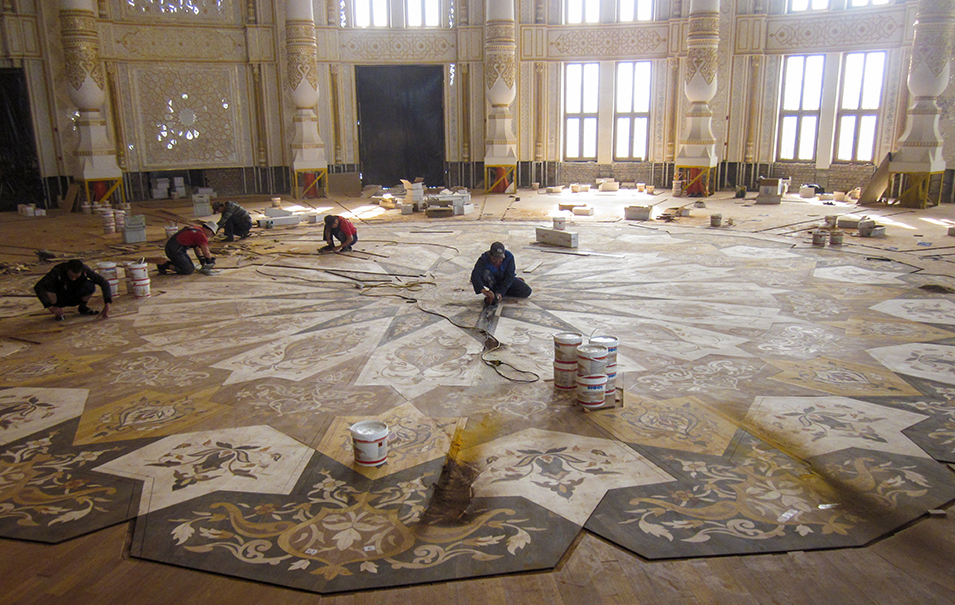 “The biggest challenge was assembling all the elements together. The shape of the room and the dimensions of some elements that were quite big made it inconvenient to carry them,” said Lebedeva.